What do we mean when we say the marshes are “fragile”? Well, from the deer’s perspective, it means almost all the plants are easy to crop. From the human perspective, it means that once destroyed, marsh vegetation is slow to regenerate, as today’s offerings from James Holland show. He’s filing another complaint with the Environmental Protection Division because the Rollins’ composted sludge strewn path is not growing back as it ought.

I am refiling this complaint about the above site, I say refiling because because I have filed several complaints in the past about this intentional compost trail in the marsh by the Rollins family.

Attached you will find a complete list of photos from the first day this site was discovered (6-4-14) until my most recent flight (4-3-15). This composted trail has been in the marsh for too long and I am requesting that you have Mr. Rollins to restore the marsh he impacted with off site composting material. Thank you very much.
James Holland, S.L.E.A.T. (Sidney Lanier Environmental Advocacy Team) Member

I have added an attachment to this for those that may not understand why you can’t do, what my photos show, with the compost material.

(a) No person shall remove, fill, dredge, drain, or otherwise alter any marshlands or construct or locate any structure on or over marshlands in this state within the estuarine area thereof without first obtaining a permit from the committee or, in the case of minor alteration of marshlands the commissioner.

In this case the person(s) that did this did a couple of things that should not have been done. The compost material when placed in the marsh is considered “fill” and next these folks “altered marshlands” by adding foreign materials (compost) and third is the trail altered the marshlands by fragmenting the marsh. In other words, they put a small road for humans in the marsh so they could get to the creek bank to go paddling. This was totally unnecessary because there was a peninsula next door that lead out to the creek where they could have easily put their canoe or kayak in the creek.

Compost that would come from a sewage plant may have anything in it and a marsh and its soil are fragile to new additions of pollutants. So if you see or hear about someone planning on doing something like this please advise them not to do it. James Holland

P.S.
This is also why so many of us fought hard to amend the marsh buffer bill SB 101 about using fertilizers in buffers. Composted sludge is nothing more than a glorified fertilizer.

The developer for the above site is the same developer as the guy at The Reserve at Demere. All developers are not this bad, but we have a few developers in Glynn County that think they are above the law.

However, this is not a problem that is insurmountable, the LIA and code enforcement can readily handle this if instructed to do so by their bosses. At all rates, I am requesting that the LIA inspect this site and bring it into compliance with all Glynn County erosion and sedimentation ordinances. They need to do this rather quickly to prevent another occurrence like you see in the photos taken on 3-18-15. Isn’t there a retention basin on site, there appears to be some excavation on site that may be a retention basin and if this is the case, why isn’t the storm water directed to a retention basin like it should be?

Thank you very much and I certainly hope that we can get these erosion and sedimentation concerns cured pretty quickly, We are almost into the summer thunder storms that can drop 2-5 inches of rain in an hour or less and this is devastating in disturbed earth areas with poor or no BMP’S to protect the surrounding areas.

Good Morning Karl,
Attached is a photo of the 34th Street site on Sea Island, you know, the one I had backwards the last time. This photo shows the owner is pouring a concrete foundation almost to the sea wall. Was this authorized by the CMPC, reason I ask is I do not recall the CMPC ever permitting any permanent structures that close to the sea wall and dunes.

This site doesn’t appear to have any best management practices BMP’S) installed and it looks like they have been washing out their concrete hauling trucks right on the lot. Please ask someone to take a look at this site and cause these people to use BMP’S .

Thank you very much and I would appreciate a response on this one. James Holland, S.L.E.A.T. Member 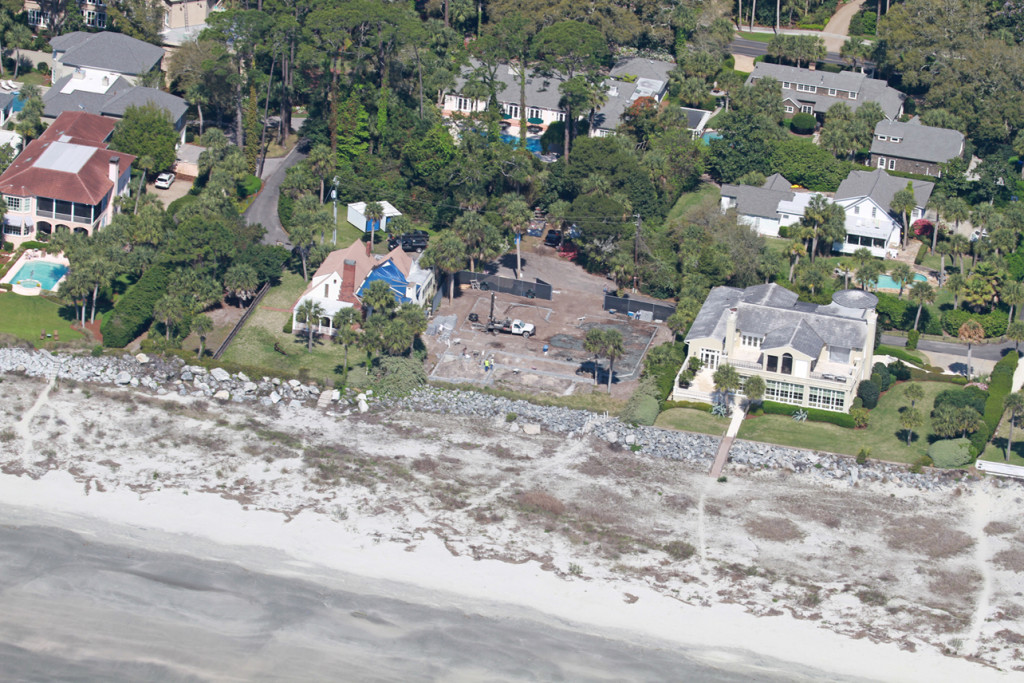 Apparently, there’s been a change of plans, since the four million dollar residence seems to have been razed. 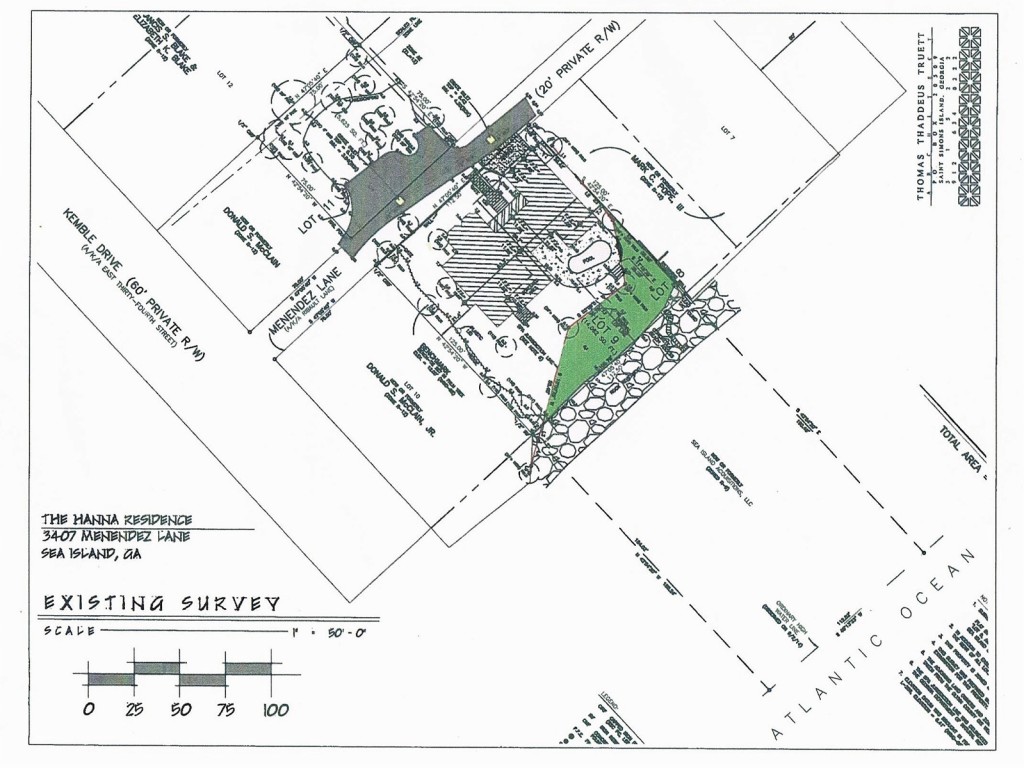