The crash of 2008 is reported to have resulted in the loss of $4 trillion in wealth, as if by evaporation. The Sea Island Company, having taken on $700 million in debt, couldn’t pay the nut and ended up being snapped up by hedge funders for a mere $212 million. And, as typically happens when there is poor management, maintenance was allowed to slide and then the sea came to reclaim some of its sand. At least, that’s one explanation for why a third of the Sea Island spit has migrated elsewhere ever since tropical storm Beryl gave it a shove in 2012.
Now that Sea Island wants to carve the rest of the spit up into eight lots and sell them for a cool million each, before the rest of the spit gets washed away, this unethical proposal is rightly being challenged by the citizenry. Even FACEBOOK has gotten into the act. Maybe we should set up a “sedge fund” to take the spit off their hands and leave it for the birds. 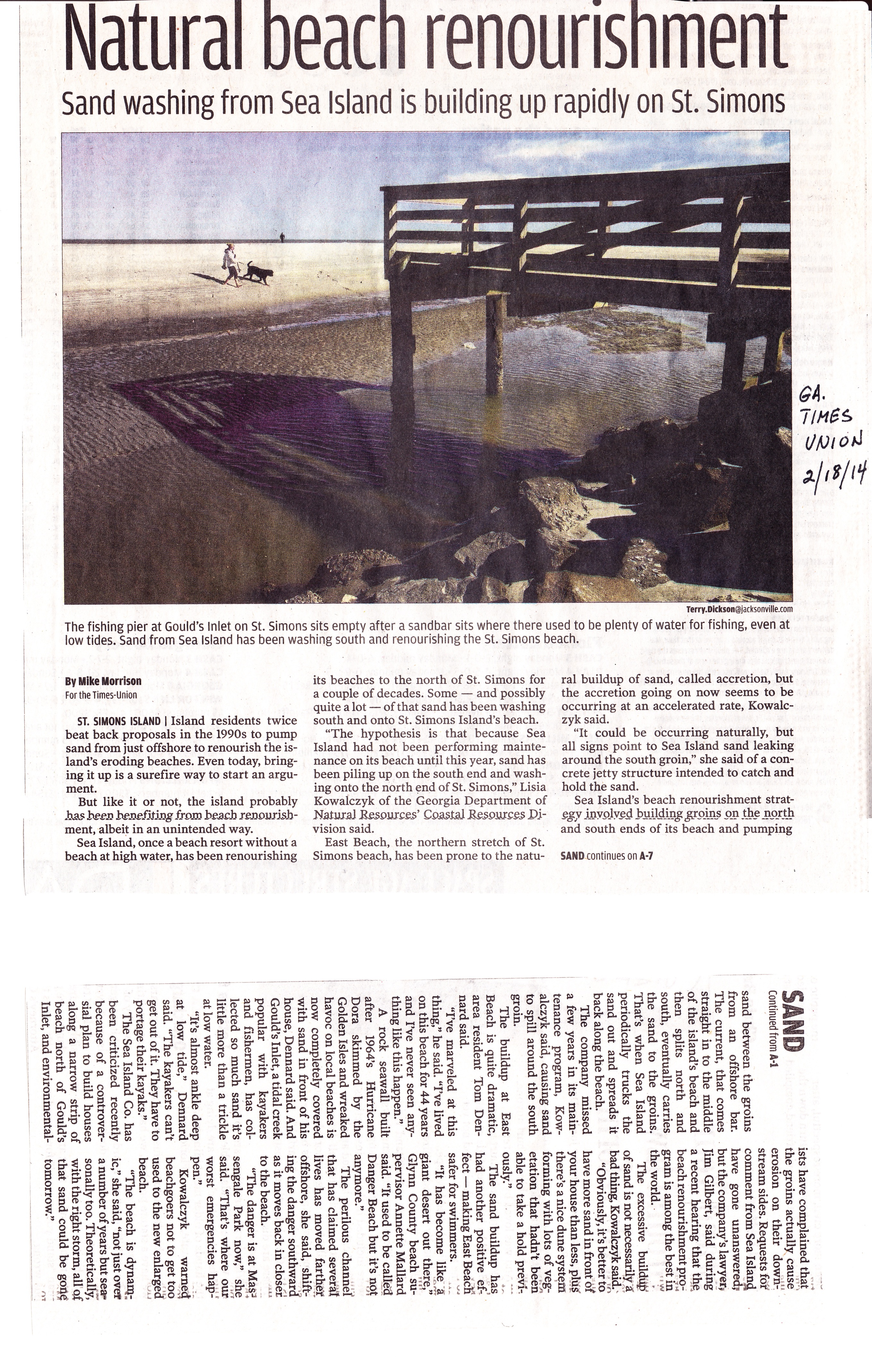