A Long Tradition of Search and Rescue
Una Smith, KE5CEP 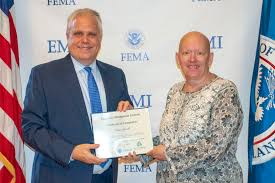 LAARC has been active in search and rescue right from the beginning. LAARC was organized in 1946 as an emergency radio communications team for Los Alamos. When the Atomic Energy Commission (AEC) appointed Carroll Tyler as Manager in Los Alamos in 1947, LAARC wrote to Tyler requesting formal recognition and orders. That request was pending when LAARC’s first search and rescue mission came in late 1947. Two women, Los Alamos laboratory employees, became trapped (“cliffed out”) in an avalanche chute on Truchas Peak and died of exposure while waiting for rescue. Formal recognition from the AEC swiftly followed.

LAARC soon established an antenna farm, radio stations, and workshop in an old AEC building on the mesa rim at East Gate. In the 1950’s in addition to the East Gate site, LAARC also had an office downtown in the temporary YMCA building. The newly created Los Alamos Civil Defense office briefly shared LAARC’s office before moving to the CD-1 building. In the 1960’s the Civil Defense office was heavily involved in search and rescue, maintaining a resource directory and operations manual, and coordinating activities of the several volunteer SAR teams in the County, including LAARC.

​In the 1970’s the AEC transferred East Gate to the County, which needed the land to extend the runway of the Los Alamos Municipal Airport, and a deal was negotiated whereby LAARC relocated from the East Gate facility to the Barranca Mesa water tower and the CD-1 building and grounds. It was also in the 1970’s that the current New Mexico Search and Rescue program was organized. Several organizing meetings were held in Los Alamos at CD-1, with delegates from 11 volunteer organizations involved in search and rescue in northern New Mexico, including LAARC. From these meetings emerged a new nonprofit association New Mexico Emergency Services Council and, separately, the New Mexico SAR Act and Plan. The Act established the New Mexico SAR Resource Office.
​