In consulting wikipedia on this topic, I found an introduction calling for more expert information on the topic. What was interesting was the preliminary reference to this disease or infirmity as a medical condition, rather than a mental condition as if it had already been determined that the therpeutic response would involve medication. That is not unusual. Almost anything doctors treat involves a chemical or surgical intervention. That is what the profession has been taught.

And that’s a big problem when it comes to the brain because the structual terrain is largely unknown.

It is suggested that narcissism runs in families. But what if the perinatal experience of all family members is the same and the unknown cause of the disease/deficit. If poor perinatal care is a contributing factor, what will be the effect of healthy, affluent persons foreoging reproduction while the less healthy and affluent carry on as best they can? Cerebral palsy, btw, seems a relatively minor problem in that mobility deficits can be corrected.

Here’s a typical sentence that makes it difficult to understand and deal with issues:
What are some of the signs that a child may be struggling with a cognitive impairment?

It is unlikely that a child with brain damage is going to be visibly struggling with its brain, nor is it likely to be corrected via a struggle. The brain does not know itself at any age.

So, many individuals with motor deficits are also likely to be stupid. Which suggests, at least to me, that some perinatal insults may not manifest as palsy and simply stop at stupid. Baby Epan, on the other hand, may have suffered from palsy but had not been diagnosed. Why a nine month old was not crawling was never considered, as far as I know. 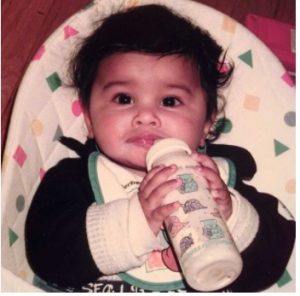