Is that what capitalism is, christianity secularized? Is it a mission bereft of moral content, with the result that church and state are just two sides of the same coin? If each is designed to exploit human beings to their detriment, is democracy an antidote? Christianity and Commerce, the abstract behaviors of cannibals. Destruction without consumption.

To what extent was the Soviet Union an effort to dispense with the sacred as the glue of authoritarian rule? What does it mean that the Russian state has reinstalled the orthodox and the oligarchs? Authoritarianism depends on the sacred and secular being linked. Church and state are not antagonists; they are in a partnership, like husband and wife. Democracy is what threatens authority.

Christianity is the bastion of hypocrisy and commerce is christianity without Jesus. The problem is not that the christian churches are commercial; it’s that both christianity and commerce are about exploiting mankind and ultimately destructive. Just now a virus is being allowed to kill people to save them.

If commerce is just a subterfuge for dominion, that would explain why the results are so negative 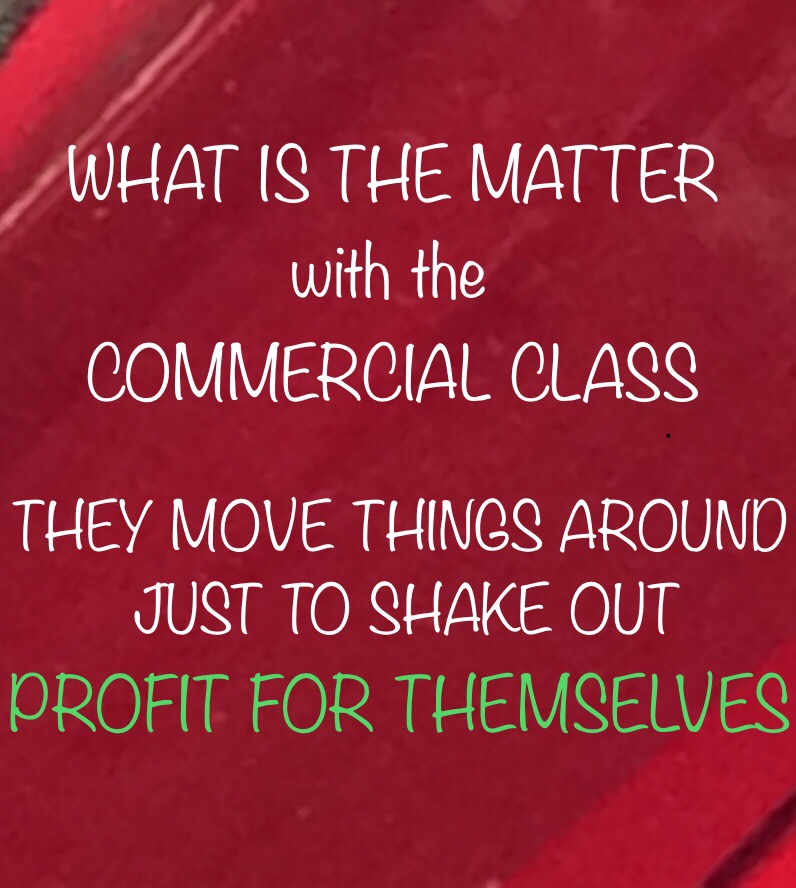 This poster was adjudged as being harsh. True. That is because exploitation, which is less than lethal, is evil. What is salvation but a promise of “less than lethal.” ‘Tis a lie which provides an excuse for abuse.

Chambers of commerce are temples of godless exploitation and recognize godless communism as a competitor. Democracy, alternatively referred to as populism, is their antagonist.

Is there a difference between missionary and mercenary? The object of both is to exercise control for physical or psychological purposes. Was that inheritability of the slave status simply a transfer of the inheritability of christianity? Although slavery was not unknown in Greek, Roman and African civilizations, making the status heritable like property seems to have been an American legal innovation. Where did the notion of children as property even come from?