One of stories of the day is poor Donald’s assertion that the “virus affects virtually nobody.” Where did he get that formulation? Technically speaking, no body can be affected by virtual reality or simulation. The internet is not affected by the virus. Was somebody providing a technical explanation that he simply misunderstood? Is the word as used an adjective or an adverb?

My interest is aroused because I’ve been searching for the right words to describe the cannibalistic nature of capitalism. “Virtual” seems like a good word, if it is a quasi synonym of simulation. It is not a synonym because, when you come right down to it, the Catholic mass is a simulation of a cannibalistic ritual.

That said, the conspiracy theories about cannibals attacking children are not entirely off base. We are living theough crazy times and, if some people need to make sense of the craziness, that comes close.

The brothers Grimm collected stories of cannibal-like behavior or intent. Tom Thumb saved his siblings from the ogre. Hansel and Gretel saved themselves from the witch. None of the stories had an explanation for why humans devour their own kind. “To know them is to eat them”? Why are humans consumers? Is the “consumption” of material goods supposed to be an alternative to consuming each other? 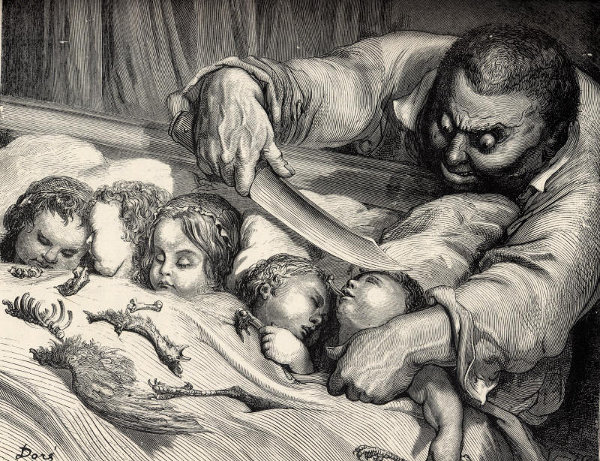