So, I went looking for information about how many bombs were lobbed by the U.S. during the Iraq invasion at the direction of George W. Bush. What popped up was information about current bombing in “support” of the Iraqi government’s effort to subdue the Islamic State in Iraq and Syria (ISIS). Of course, the other day I discovered that car bombs exploding in Iraq are a current constant. Some skills, once learned, apparently die hard.

Anyway, not only has the DoD returned to propagandizing its efforts with video from the scene of bombing, but they’ve helpfully published a summary of munitions lobbed in Afghanistan, Syria and Iraq in the last six years. How nice to know bomb makers are being steadily employed. 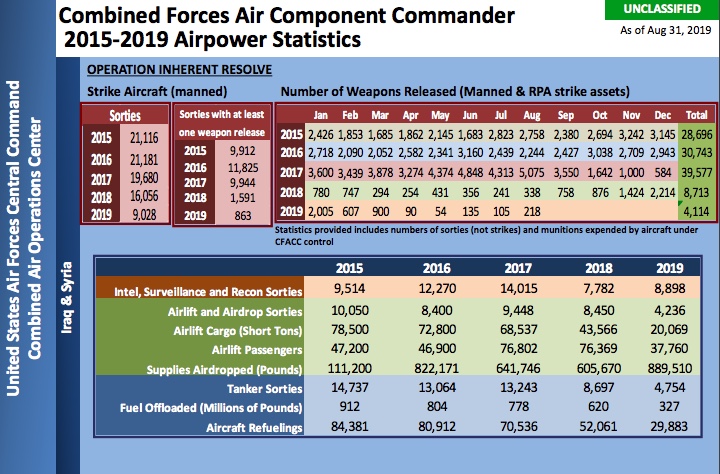 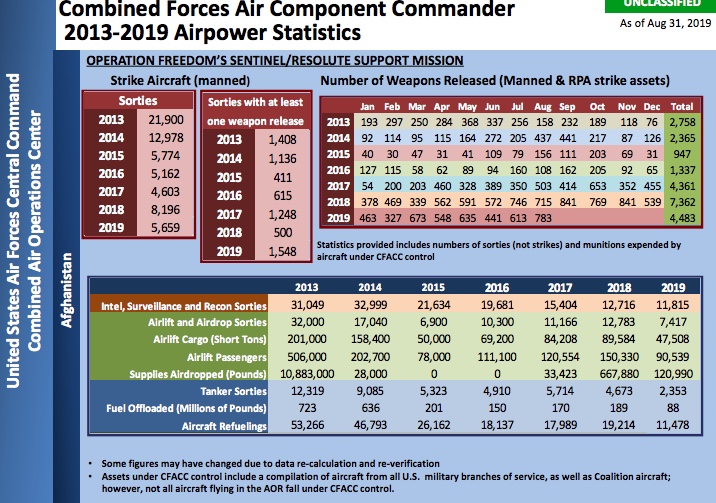 While the U.S. is reminded not to forget ONE event from 18 years ago, how long do we expect the people of the Middle East to remember two decades of bombings?