What happens when one hides all ads that show up in the stream of posts on Facebook? The algorithm gets confused and starts sending far out stuff. Today’s ad from the Trump Nation marketing a lemonade stand with a mission is an example. 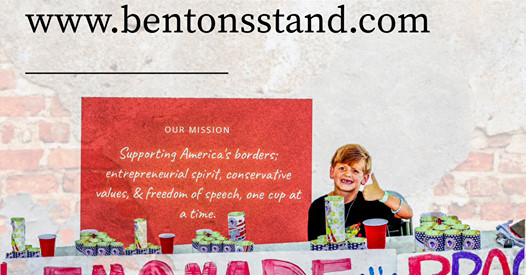 WHAT A MISSION! “Supporting our borders.” We’ve gone from Atlas carrying the earth on his shoulders to “He’s got the whole world in His hands” to supporting borders instead of soldiers. Total Fiction. The triumph of the idea. Idealists, just as Plato described them.