So, yesterday, Charles Bryant, did a few hours of yard work and then we took him to lunch and left him at Cate Street after telling him that he’d be picked up this morning at 7:30. Puddy did not tell him that his Gateway case worker wanted to see him after he unilaterally cancelled the appointment he had for the 20th.

On the way home we made a side trip to Walmart, bought some underwear and socks, a calendar and some gold stars. Later, we found out that Charles had called the case worker, who told him he wanted to see him. When Puddy went to pick Charles up this morning, Charles did not want to do anything, said he was sick from having smoked crack cocaine which he bought with money he got from selling the radial arm saw and other electric tools. Puddy demanded the keys to the house and drove Charles to Gateway. Charles begged not to go in and said he wanted to be arrested. So, Puddy called the cops, four in three patrol cars showed up, took a report about the theft of tools, but not the cell phone Puddy bought to keep in touch and which Charles had also sold. Quite possibly, his earlier stories of people stealing from him were lies. 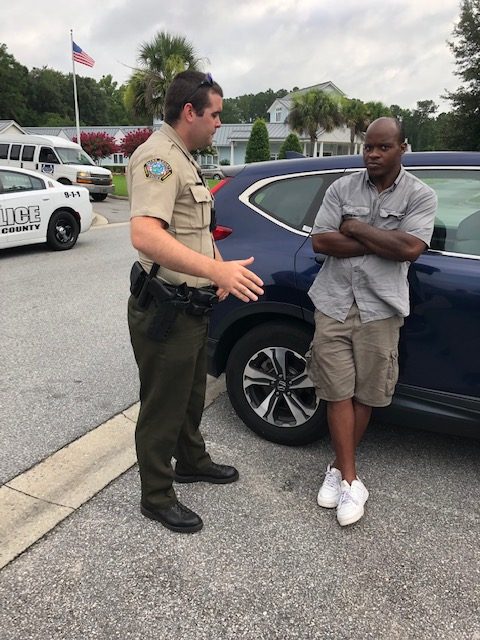 A couple of hours ago, Charles called the house to say he had been let out of jail and wanted his stuff. Puddy told him to make a list and he’d take it to his case worker tomorrow. Not long after the case worker called to say that the probation officer said Charles would have to be picked up again because an arrest for theft constitutes a violation of his probation.

When I was talking to Charles, I got the impression that he did not appreciate his admission to the mental health stabilization unit via Gateway because they did not keep him long enough. What he disliked about his years in prison (6 plus 3) was that no-one came to visit him. Though, that may well have been something he thought I would want to hear. He’s pretty good at sussing out what other people may want to hear. As I said, I did not believe anything he told us. 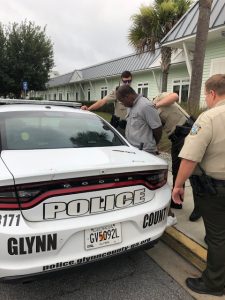 Some time this afternoon while Puddy was looking for treatment for his asthma attacks, the Sheriff’s office called him to let him know Charles had been let out by a magistrate on his own recognizance. Perhaps that was the case worker’s doing before he consulted with the parole officer.

Why Charles Bryant, a native of Savannah, whose family are all resident there, was paroled to Glynn County is a puzzlement. On the other hand, crooks provide a steady revenue stream for the social workers and cops. There is no incentive to effect any change.

Perhaps I should not be so dispassionate. I did tell Charles that Puddy and I are his worst enemies though we mean him well. He did not do any whining in my presence. It is hard to tell what he intended with his various tales of woe to Puddy. What is for certain is that the large electric tools are gone and some smaller tools had been assembled in a bin, presumably to be peddled later. I cannot imagine that he walked down the street carrying the radial arm saw. So, he must have met up with someone with a vehicle to cart the stuff off. Perhaps he went over to Ogg Street, where I had warned him not to go.

Will this exploration of the criminal justice community have any result. Hard to know. Some people are convinced that Glynn County is the worst in the state.