If you agree with me that the primary mission of our community water and sewer systems is to protect the health and well being of our people and our environment, then I call your attention to the kerfuffle brewing at the Brunswick Glynn Joint Water and Sewer Commission as outlined in today’s Brunswick News.
https://thebrunswicknews.com/news/local_news/water-and-sewer-utility-director-resigns/article_3b8eea58-3926-5c2e-8992-b568c3f36315.html?utm_medium=social&utm_source=facebook&utm_campaign=user-share&fbclid=IwAR05Eox62zwppCtVujainQfj9x9ZIsJrwbVbrHDxUcgvnHsAEs1zfTJjVSQ

My commentary:
Glynn County has a bad habit of appointing people with potential conflicts of interest to citizen advisory boards. So, for example, we have a surveyor sitting on the Mainland Planning Commission and occasionally ruling on mistakes his own colleagues might have made.
Now the Brunswick and Glynn Joint Water and Sewer Commission has inadvertently fallen into the hands of people designing and constructing buildings and plants, instead of people whose first priority is the health and safety of the community.
Turnipseed and Copeland are both civil engineers and while both presented themselves as retired, Turnipseed is still involved with a company that builds sewage treatment plants. Stephens and Duncan are also into construction (residential and hospital facilities respectively). Logically, their response to the discovery that pipes and lift stations and treatment plants are falling apart, and large sections of the metropolitan area are sitting over polluting septic tanks, is to argue that new stuff should be built somewhere else and the people should move. That, after all, has been the prescription for many decades and accounts for our cities, large and small, being hollowed out.
If Copeland, Turnipseed, Stephens and Duncan think forcing the director out is going to improve the reputation of the utility and get them more dollars from a SPLOST, they’ve got another think coming.

To someone who has been attending JWSC meetings for five years now, it was clear from the moment Turnipseed arrived on the board that his agenda was to build a new sewage treatment plant, rather than provide service for passed over areas such as Brunswick Villa and Sea island. Never mind that historic settlements in the Buckswamp area still have no fire hydrants.

The Glynn County Community Development Department would have us believe that haphazard facilities, shoddy construction and persistent flooding are the result of antiquated ordinances. So, some consultants from Atlanta have been hired to bring us all up to date. After five months on the job, TSW is now prepared to hear from the public on Thursday May 9 from 6-8 PM in the new meeting room at the Brunswick Public Library on Gloucester Street.

The notice states the purpose of this public meeting is to “introduce the . . . Zoning Update process, review preliminary findings from the consultant team, and allow for initial input from the community.”
To which I have responded:

FOR THE RECORD:
Introducing a process and holding a kickoff meeting AFTER consultants from out of town have arrived at “preliminary” assessments seems, excuse the expression, perverse.
Also, public servants who “allow” the people, who govern, to speak are, to put it mildly, insubordinate. The SCOTUS’ recent focus on the content of speech, which is not to be restricted, has, perhaps inadvertently, promoted restrictions on speech itself. While this is perhaps not the time to address that, I find it important to be on the record as objecting. Arbitrary and unreasonable limits on citizens addressing public officials are ipso facto objectionable even when they are codified. 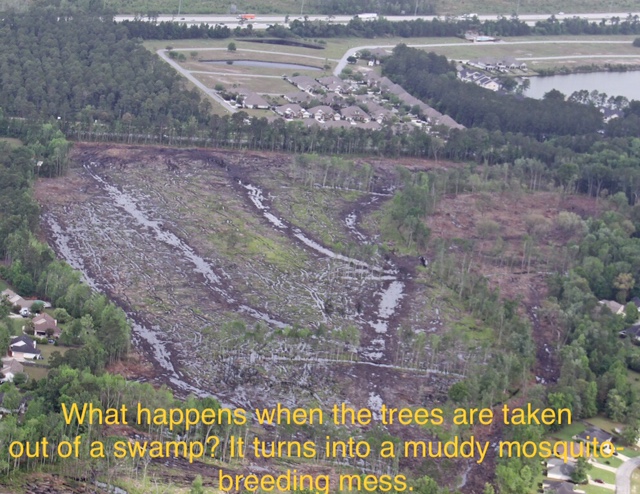 A retention pond or “amenity” is not an adequate substitute for a swamp because the transport, evaporation and transpiration functions of the trees are lost. Never mind carbon capture. This swamp on Marshes Edge Lane, 13 clearcut acres, is to provide a new home for the Frederica Baptist Church. So, God’s grandeur had to be sacrificed. 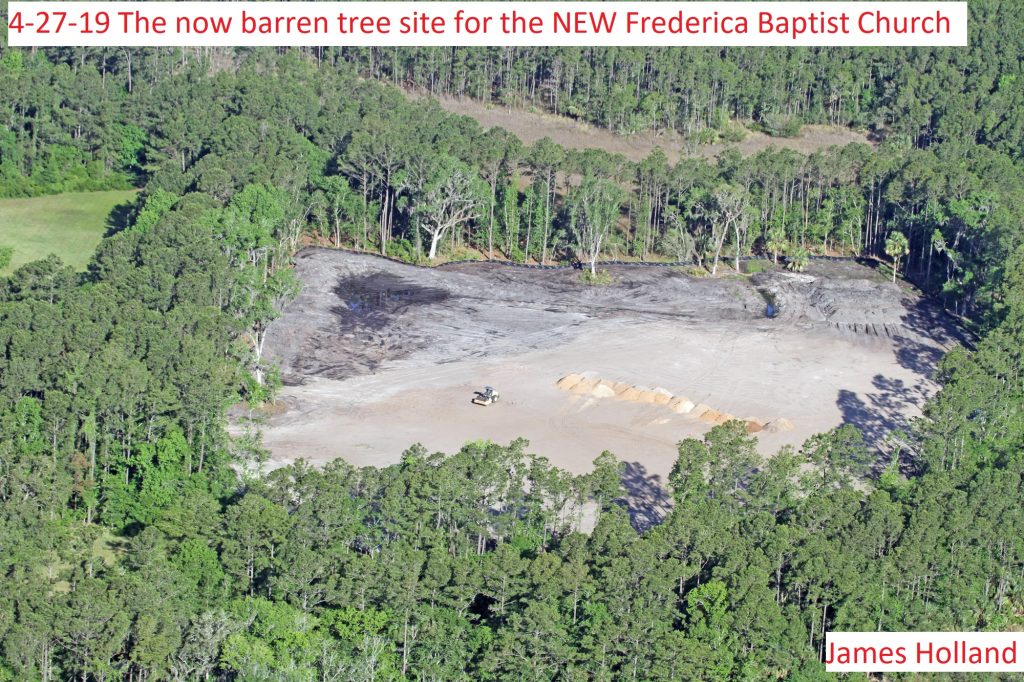