In connection with the question I pose in my subject line, please look at the image below that James Holland captured on April 13th on one of his regular flights over parts of Glynn County. As we were about to land, I asked him to snap a few shots of the area around the second home my wife and I own at the dead end of old Canal Road. Our second home (what we call our dead-end retreat because we bought it as a refuge from hurricanes and storm surges) is under the canopy of old live oaks above the middle of the bottom of the photograph. As he took this photograph, James was shooting toward the east from a plane heading south. 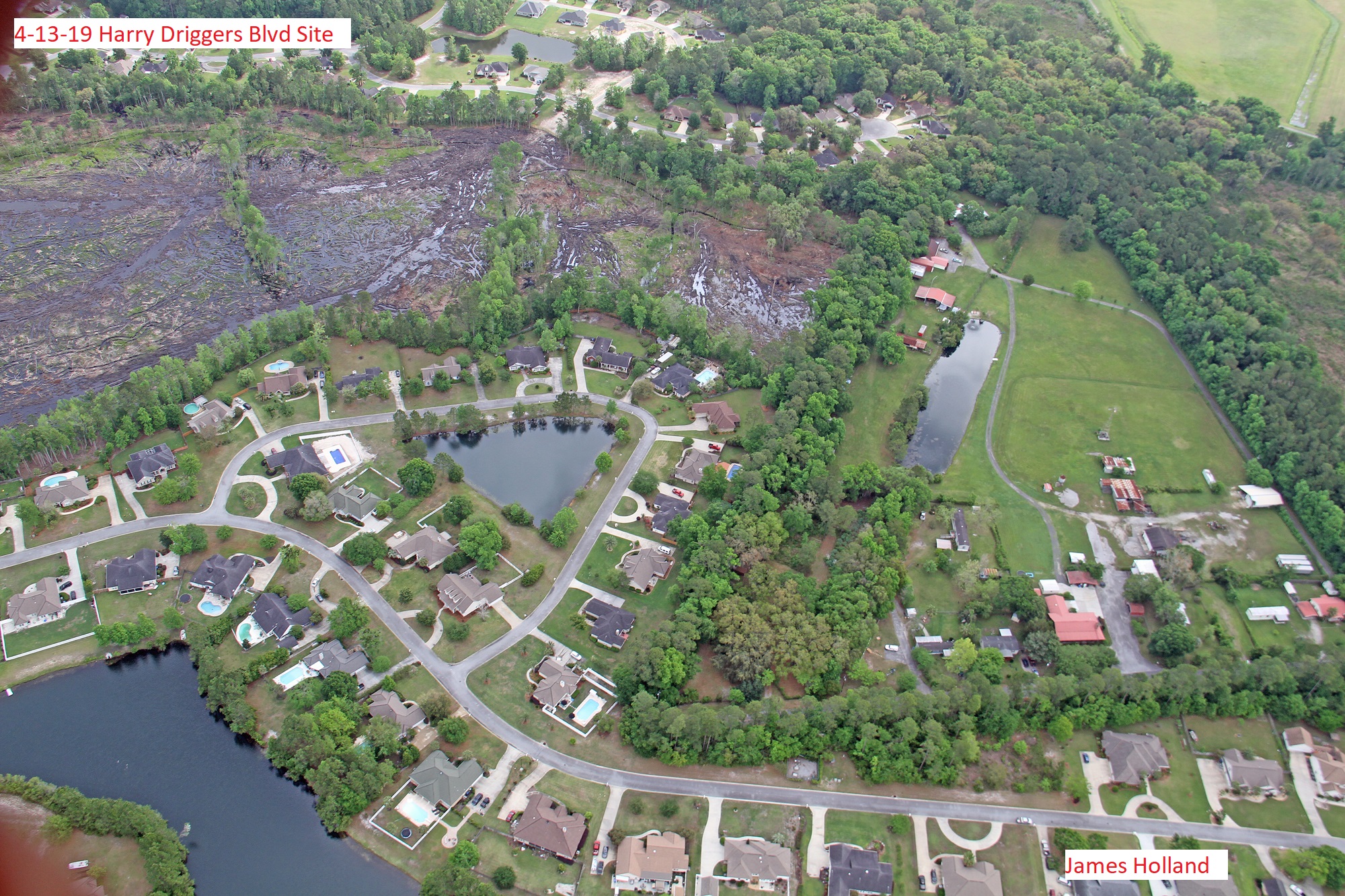 What I find interesting about this single photograph is that it shows so much of what is happening in other parts of Glynn County: a hodgepodge of uses with opportunities for in-fill and redevelopment, some of which will negatively impact stable communities and neighborhoods. (If you have trouble seeing this image, please let me know and I will send another version.)

Try “reading” this image clockwise from the upper left side where you see part of the Country Walk subdivision just west of the historic canal. As you get to the cul de sac about two-thirds of the way to the top right side of the image, you’ll see a group of houses. Three of those houses and their lots back up to several wooded acres my wife and I own on the edge of the historic canal. Those three house lots, our wooded land, all the wooded area and the airport clearing in the upper right corner of the image, and all the wooded area on the right hand side of the image are “recommended” to be rezoned to “industrial” on FLUM 2018, the Future Land Use Map adopted or approved by the County Commission last year. (You might ask yourselves and Pamela Thompson why the MPC was not asked to review and comment on FLUM 2018, which would have given you and others a chance to ask why the zoning for three house lots in a fairly new suburban community and our vacant land might be rezoned to allow a quiet suburban road to provide access between Harry Driggers Boulevard and an industrial area on both sides of the historic canal.)

Freddy Merritt’s large family compound (five separate lots totaling more than seventeen acres) is the open area with houses and mobile homes near the right side of the image. Below that compound, hidden by trees, is the dead end stretch of old Canal Road that ends next to the driveway for our “retreat”.

You might ask Pamela Thompson or Stefanie Leif when (if ever) a site plan or any other application for these recently cleared sixty-plus acres might be brought before the MPC for review. And when, if ever, are you going to realize you need to ask when the authority for restoring review of preliminary plats will be restored to the planning commissions?

If YOU are not interested in asking questions about FLUM 2018 or a huge clearing between two subdivisions or anything else, why are YOU on the Mainland Planning Commission? When are YOU going to start taking part in actually planning for the future? If YOU, an individual member of the MPC, do not actually want to take part in the planning process, then why don’t YOU resign and make room for someone who does?