Dear Mr. Ours,
Just a few minutes before i checked email, I received a call from Mr. Hansen in which he did not get a chance to tell me my complaint had been resolved and the case closed. That’s because:

1. I had to correct him about the address (Cate Street not Cate Road )
2. The information that the building was on the county’s condemnation list does not satisfy my concern that the building which, to my knowledge, has been abandoned for two years, has recently been accessed via the front door and may be serving as a hideout for miscreants.
3. Mr. Hansen’s assertion that they in code enforcement deal with weeds and that the fire marshal would have to deal with the building (which, since it is cinder block cannot simply be burned down as a demonstration project—my observation) was not satisfactory.
4. My concern about a vacant hangout next to the Boys and Girls Club and across the street from two elderly homeowners could not be addressed by code enforcement arranging for the building to be secured by the fire marshal.
5. My suggestion that the GCPD be alerted to this location for enhanced supervision by routine patrol brought forward the response that the code enforcement division “prefers customers to initiate that” with the GCPD, which, in turn
6. Launched me into a diatribe that I am a citizen, not a customer, and was I understanding correctly that the various County departments do not co-ordinate their programs? To which the answer was, yes.
7. Whereupon I suggested that it would be appropriate at the next general staff meeting for this lack of co-ordination to be addressed and determined in my mind that I would bring this matter to your attention.
This was all before I discovered the written notification that my complaint had been “resolved” and the case “closed.”
If that is how your system works, it is wrong. A case cannot be considered closed until violations have been corrected.
Finally, let me suggest that if Glynn County continues to seek to manage an urban area, it needs a housing or habitation code based on functional and structural criteria (not architectural detail or landscaping) and it needs to set up a funding program for property owners who cannot afford to meet basic health and safety codes. HUD moneys are available for such activities, but they have to be properly documented and supervised.
I should note that the reporting program is working better and the response, albeit not adequate, is appreciated by this CITIZEN. Also, since that portion of Cate Street seems to be connected to the public sewer, if possible this house (1790) should be considered for preservation, rather than demolition.
I am attaching three images of exterior and interior where there is what appears to be rather fresh trash. 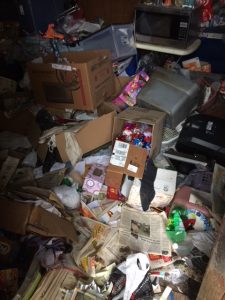 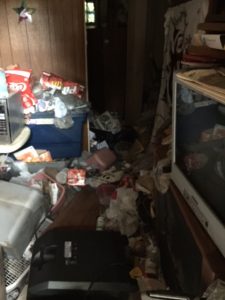 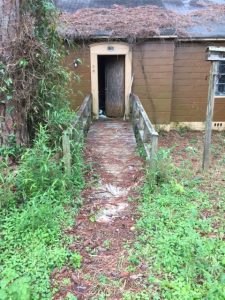