Perhaps it began with Ronald Reagan, but for the last three decades the Republican base has indulged either the politics of personal destruction or personal adulation. If it began with the teflon President, it has now culminated, one hopes, with the Orange Marvel.

The problem is not entirely a matter of superficiality. More likely, a lack of practical competence leaves some Republicans or the Republican base few options but to fix on ideas and generalities. And, though candidates for public office, or at least the consultants they hire to promote them, give lip-service to “work,” practical achievements are not on the agenda.

So, for example, the Republican candidate for Glynn County Commissioner at-large promises to work for us because he’s a:
LIFE-LONG RESIDENT OF GLYNN COUNTY
FOUNDER OF A SUCCESSFUL, NATIONWIDE BUSINESS
MARRIED FOR 25 YEARS; FATHER OF TWO DAUGHTERS
GRADUATE OF GLYNN ACADEMY (CLASS OF 1986)
GRADUATE OF THE UNIVERSITY OF GEORGIA (FINANCE DEGREE)
PRIVATE INSTRUMENT RATED PILOT
ACTIVE AND ENGAGED IN COMMUNITY ORGANIZATIONS

But the gentleman is perhaps too modest for he’s involved with not just one business. In addition to Corinthian Trading, Inc. these other businesses no doubt have a claim on his time:
David O’Quinn Enterprises
Corinthian Holdings, LLC
Corinthian Foods
Double D Food Brokerage
Dart Holdings
Waterway Foods International

Whether or not Mr. O’Quinn has actually been resident in Glynn County for his whole fifty years, given his family’s rental real estate holdings, including two extensive trailer parks (Live Oak and Tidewater Estates),it would be surprising if he were not intimately familiar with a wide sector of Glynn County. Whether these “assets” would prove the basis for a significant conflict of interest, if the County were ever to crack down on derelict housing, as the City of Brunswick is trying to do, is a question that might well be asked. H & O Real Estate has been a predatory force in the community for a long time and represents a lot of work that has not been done.

Mr. O’Quinn is a proud graduate of Glynn Academy and yet this derelict structure owned by his mother 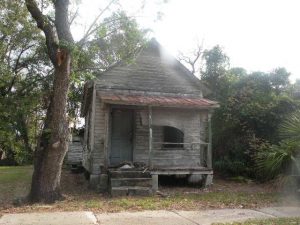 stands forlornly just a bit further south on Albany Street. Talk about a blight on the neighborhood! Of course, not all the family holdings are in such a decrepit state.

These houses in Brunswick Villa, having been constructed of cinderblock during the second World War look in pretty good shape. 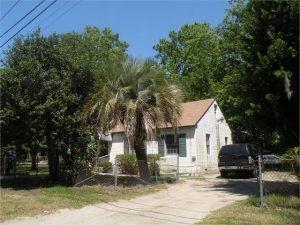 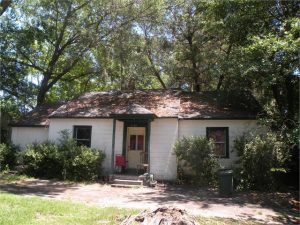 Of course, it is quite possible that Mr. O’Quinn’s current involvements don’t actually take a lot of time. After all, the nationwide enterprise, Corinthian Trading, Inc. is mainly involved with providing prepared foods to federal prison installations and, as a self-identified “small disadvantaged  business” may not actually be the property of O’Quinn and Dart, as Corinthian Foods clearly is.

Perhaps it is unfair to point out that property management skills are not entirely lacking in the O’Quinn household. Somebody’s keeping the candidate’s homestead in pretty good shape. 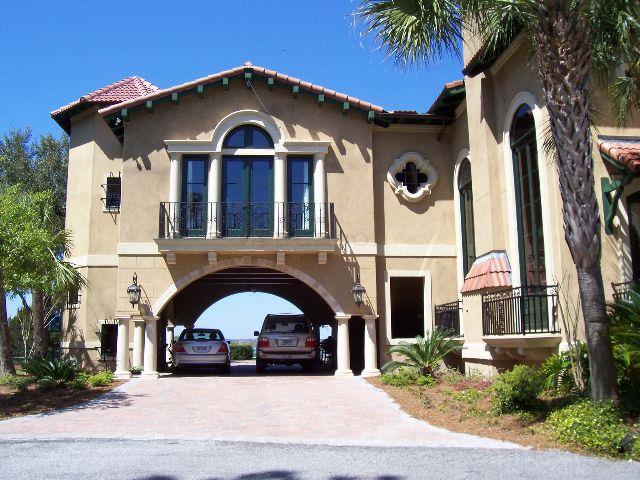