Perhaps “Harrington” is not a fancy enough name and that is why the location of the public boat ramp and the erstwhile bait shop are often referred to as the Village Creek Landing. In fact, where the Harrington Creek joins Village Creek lies about a thousand feet further east. This is what the dock looked like from the air about a decade ago when there was also interest to “improve” it. 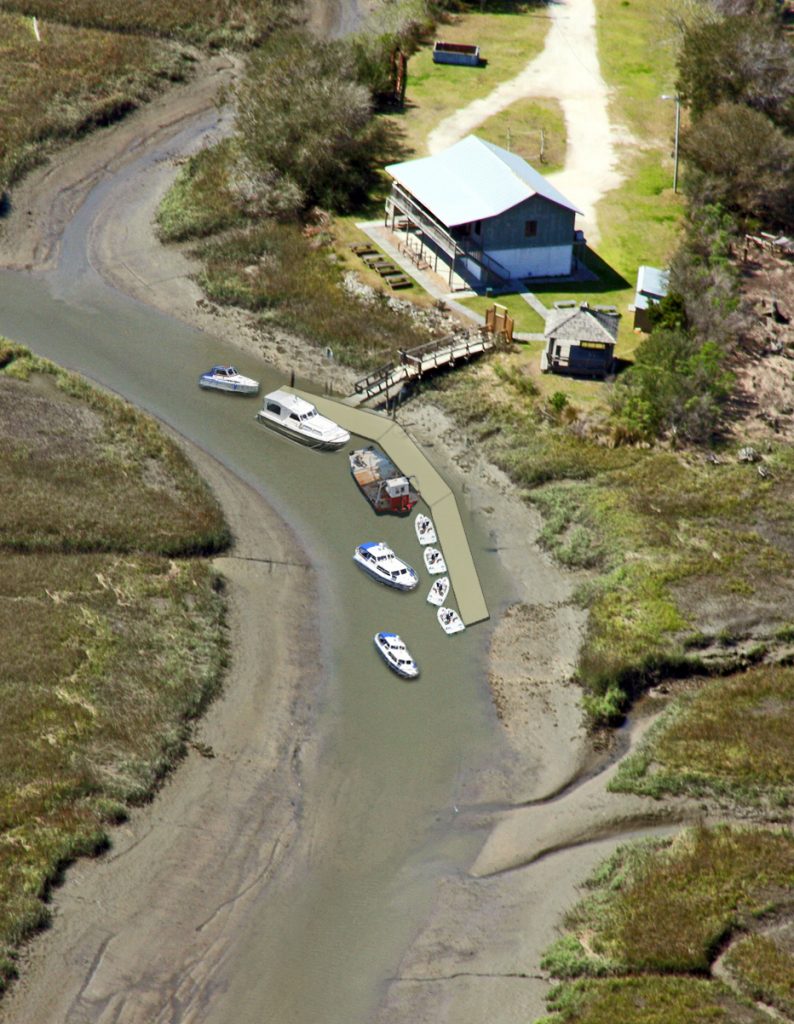 James Holland’s assessment of the appropriateness of “improvements” has not much changed.

It is important to note that Harrington Creek is not wide and deep enough to increase the boat load/traffic capacity that it had when we did this work and stopped P&M Cedar way back then. The Coastal Marshlands Protection Committee will not approve a permit where docked boats rest on the mud at low tide. The original dock was permitted way back when we did not have the knowledge about detrimental impacts of anchored boats resting on the mud. That is one reason why it is so critical that everyone possible reads and views the work we did back in 2007 & 2008. The data in Mark Larue’s affidavit about prop dredging and prop scarring of the bottom of a creek was not widely known when the original permit was issued.

a hoist and gas tank permit must not be issued for Harrington Creek. Through increased traffic the dock will also have to be moved and all my data says that there is not enough space in the creek to do that unless the creek has deepened up and widened up since our data was collected in 2007 and 2008. It is not normal as I have seen and experienced (40 years) in my commercial and sport fishing, etc. for these narrow and shallow creeks to increase in size and depth without human help/interference. 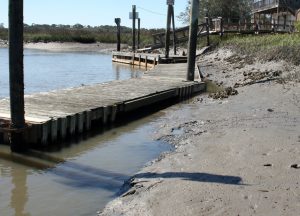 To the contrary these smaller body’s of water have a tendency to shallow up and the marshes move in towards the creek center. Sediment from human activities have increased many times over in the past 30-40 years that are extremely detrimental to our streams, marshes and fresh water wetlands. This sediment issue is mainly caused by not enforcing the rules and regulations for storm water discharges from human activities on the hill. When I was the Altamaha Riverkeepr® I witnessed much of this throughout the 14,000 square mile Altamaha River Watershed. I feel as though I gained two life times worth of sediment issues in my ten year tenure as the Altamaha Riverkeeper. 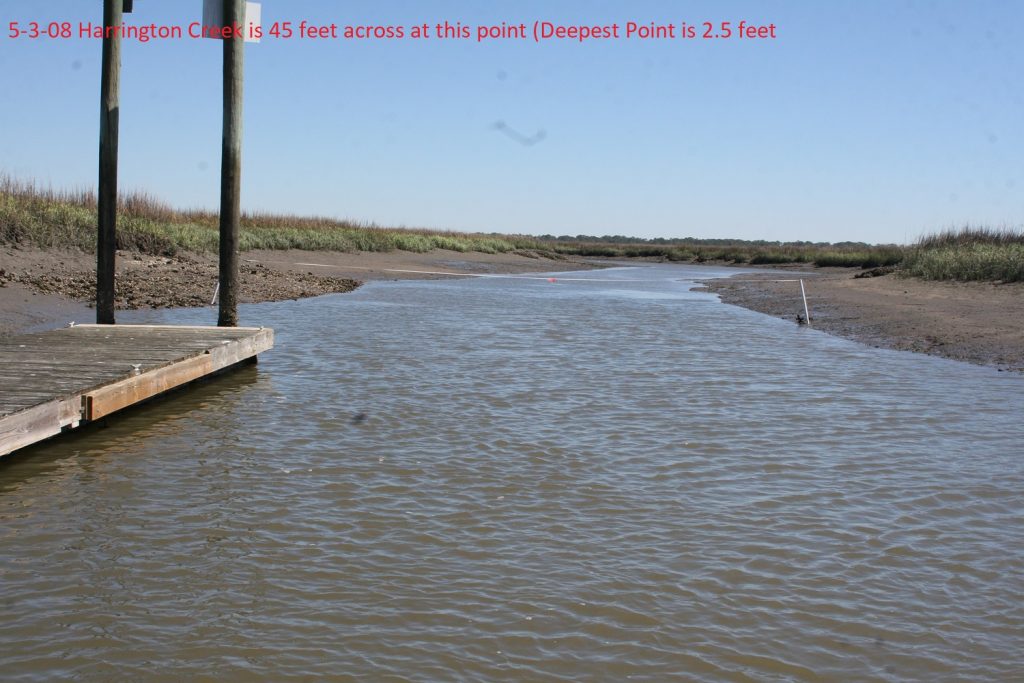 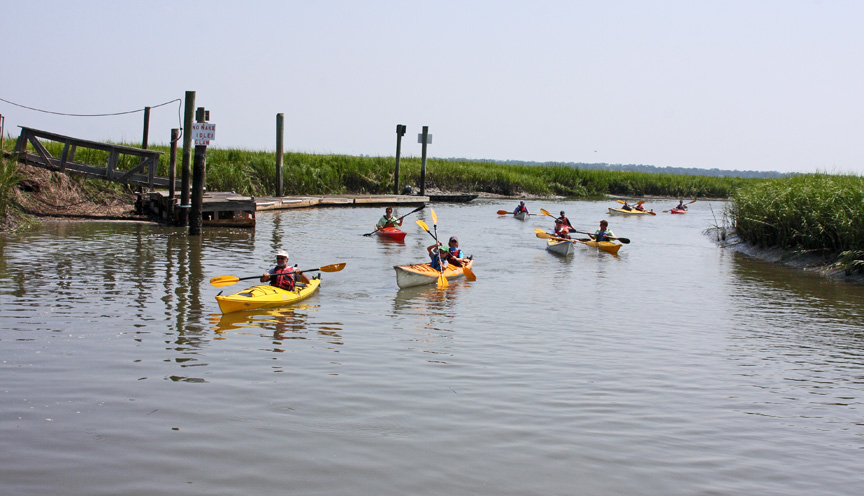 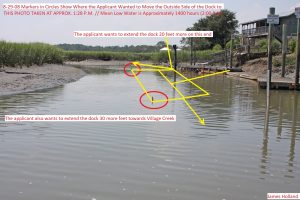 8-29-08 Markers in Circles show where the applicant wanted to move the outside side of the dock to. 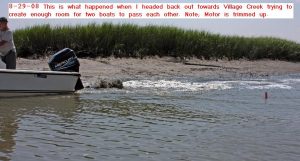 Note the motor is trimmed up. 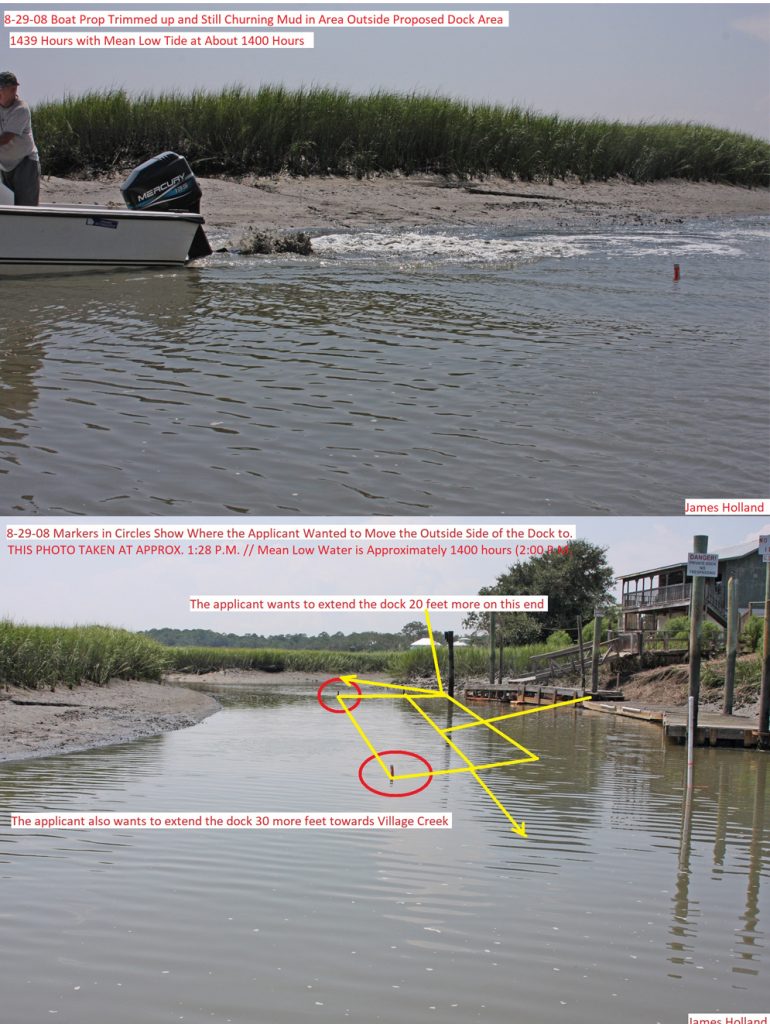 The scientific rationale for minimizing impacts/improvements in Harrington Creek is nicely explicated in the Affidavit prepared for an administrative hearing by Mark Larue. Biological Assessment of Prop Dredging 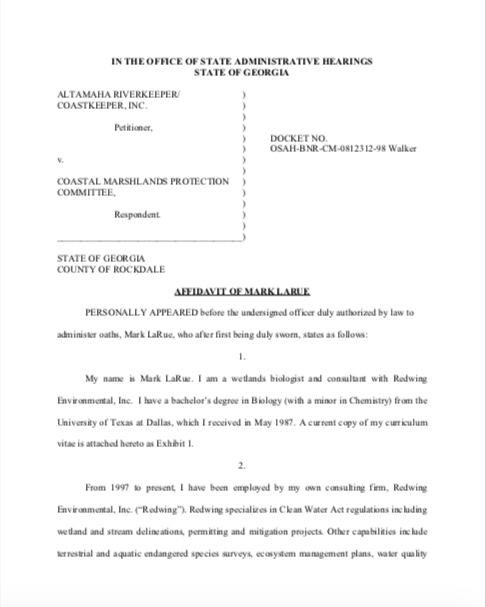