Character areas are not in parallel construction, some are place/subdivision names, some describe vegetation, some are directional, some refer to land use. For example, the designations of Brunswick, Jekyll Island and Sea Island have nothing to do with character. Two are politically distinct areas and and one is just a subdivision.

 
Now, if one consults the color-coded accompanying map, it becomes obvious that the designations are not only inappropriate and confusing, but the underlying planning principles are being wrongly applied. For example, calling the airport and surrounding public lands, including the historic Brunswick/Altamaha Canal an “employment center” which seems to be a euphemism for light industry, and locating it immediately adjacent to residential uses is inappropriate.
More egregious is the falsification of the dimensions of the Sea Island subdivision to include the Coastal Marshlands. 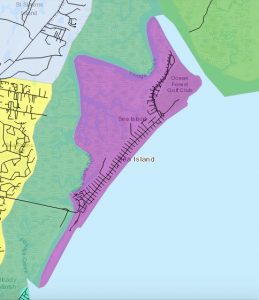  
Moreover, the failure to take into account the designation of the area south of the Sea Island Causeway as a COBRA zone (https://www.fema.gov/coastal-barrier-resources-system), not to mention the failure to correct the map showing land that’s been lost to erosion, IMHO, constitutes an act of fraud.

Over two years ago, when Glynn County Geographic Information Systems published a new color-coded map of the county, I pointed out to the map-maker that the dimensions of Sea Island were wrongly depicted. Because, at that time, a considerable portion of the south end had lost all vegetation and turned into an under-water sand-bar. 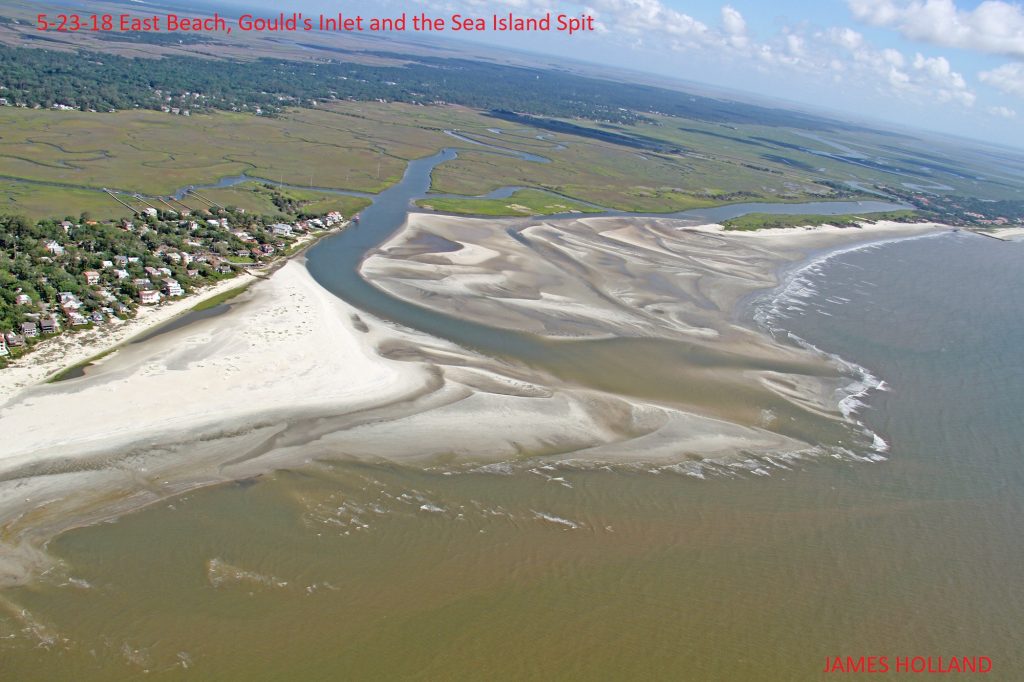 As is obvious from this 2018 image, the shrinkage has not reversed. Indeed, when I communicated to the comprehensive plan consultant that the tip of the island had receded to a point opposite to where Vassar Creek meets the Black Banks River, I was wrong. A closer look reveals that the remaining landmass is considerably further north.
  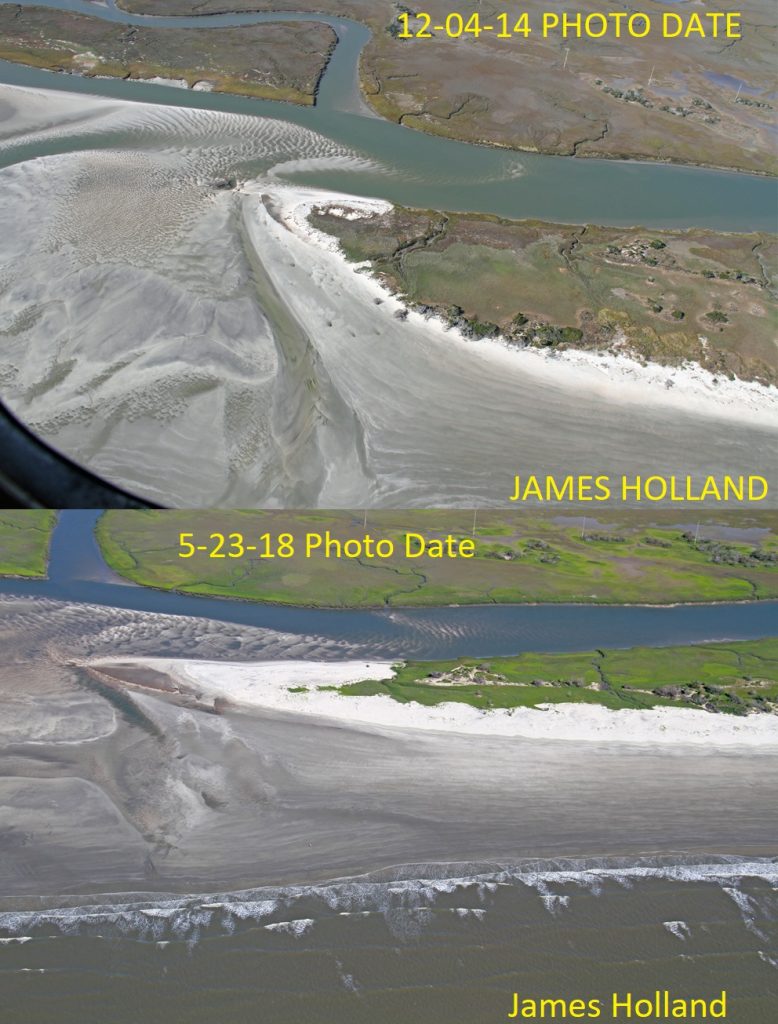 In a sense, the future land use map accompanying the latest draft of the 2018 Comprehensive Land Use plan is even more misleading. Not only does it designate under water areas off Sea Island for medium density residential, along with the recently accreted unstable dunes on East Beach, 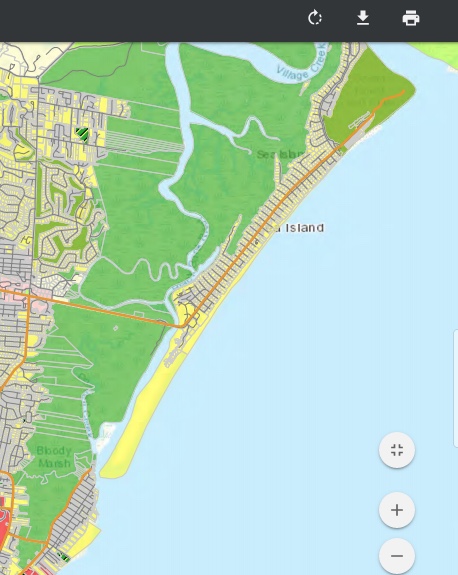 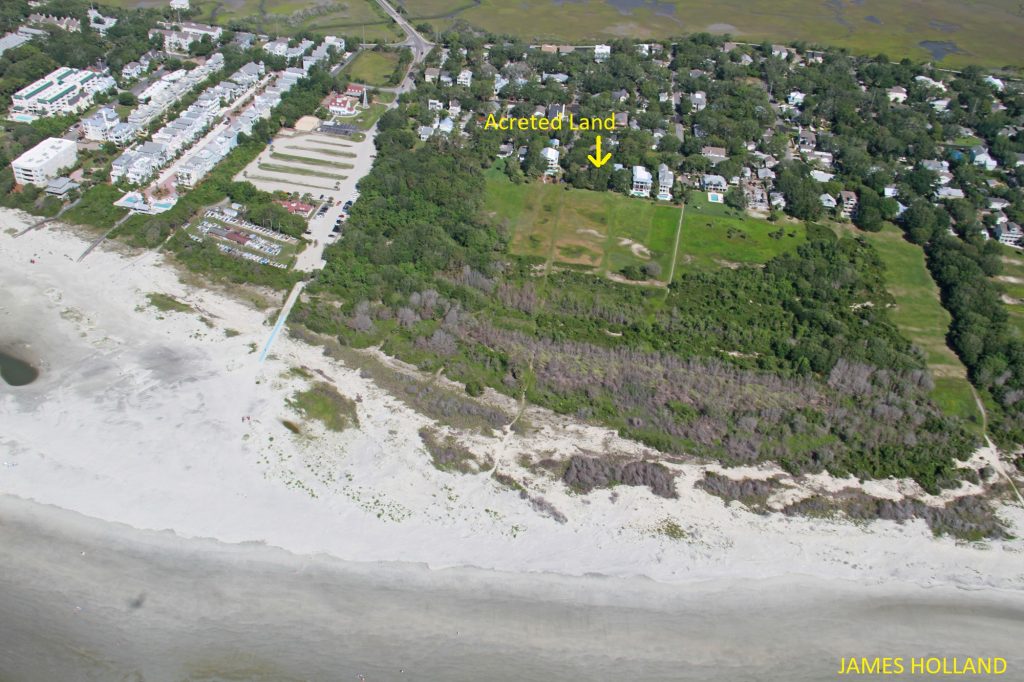 but it completely ignores the designation of Jekyll Island as a state park and designates the lower reaches of Buffalo Creek for low density residential, while the more upland areas are designated for conservation. This is not evidence of planning; at best it is extrapolating from the given and postulating more error.

For more particular examples, I refer you to the continued designation of the defunct enterprise off Highway 99 as a golf course, the designation of the marshes on the Turtle River just north of the current city boundary for industrial uses and, finally, the designation of Brunswick, including its marshes, as a grey blob. One suspects that, in addition to failing basic English courses, our consultants failed geography and other earth sciences.

The fourth version of the draft comprehensive plan, which continues to exclude information from the County’s soil maps and elevation maps, comes with fourteen pages of comments from two citizens. There are no comments from the members of the steering committees and there is no indication of any input having been provided by them. So, one has to conclude that the jiggering of the Sea Island boundaries is the result of input being given some other (non-public) way. In addition to citizen participation being a sham, that’s just plain shameful.