This is our whalerock in New Hampshire, also known as a “glacial erratic” because, having been rolled and tumbled by the glacier, it was left behind, along with other, smaller rubble, when the glaciers retreated north. The smaller rubble is what the frost continues to unearth and what farmers have, for several centuries, piled up as “walls” to define the boundaries of their properties. 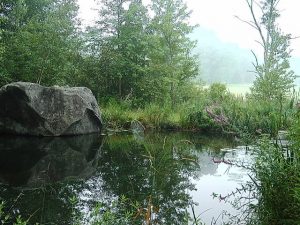 This is a picture, taken in 2014, of a sculptured right whale in Neptune Park on the tip of St. Simons Island, protected by a “revetment” of granite blocks and rubble from gaining access to the sea. Note the pale recently added rubble to compensate for the old rocks having sunk. Since there is no indigenous granite on the coast, the rubble has to be transported from way up north. 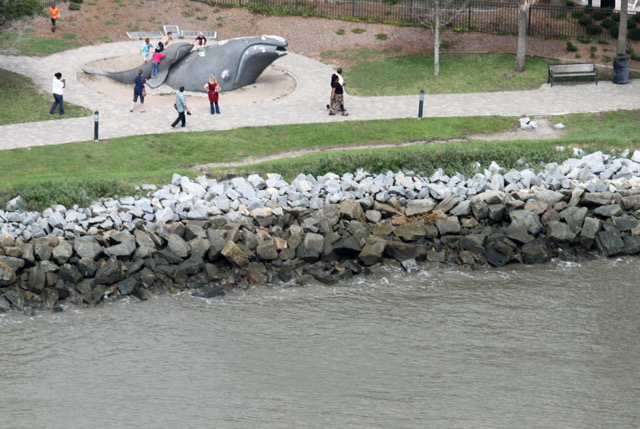 The following is a letter, sent by our very own Isaiah on the Georgia Coast, James R Holland, to the new head of the Department of Natural Resources’ Coastal Resources Division, Doug Haymans:

Good Afternoon Mr. Haymans,
This is the follow up to the e-mail I just wrote you that would be coming following my Comments from 12-2017. The attached combination photo images show where this new Jekyll Island revetment has already failed in a big way. One of the images shows the revetment with the new small rocks scattered landward of the revetment by the tides. The other photo image is of a much more recent time (5-23-18) where the normal tide’s waves over topped this apparently poorly designed and built revetment authorized by a LOP 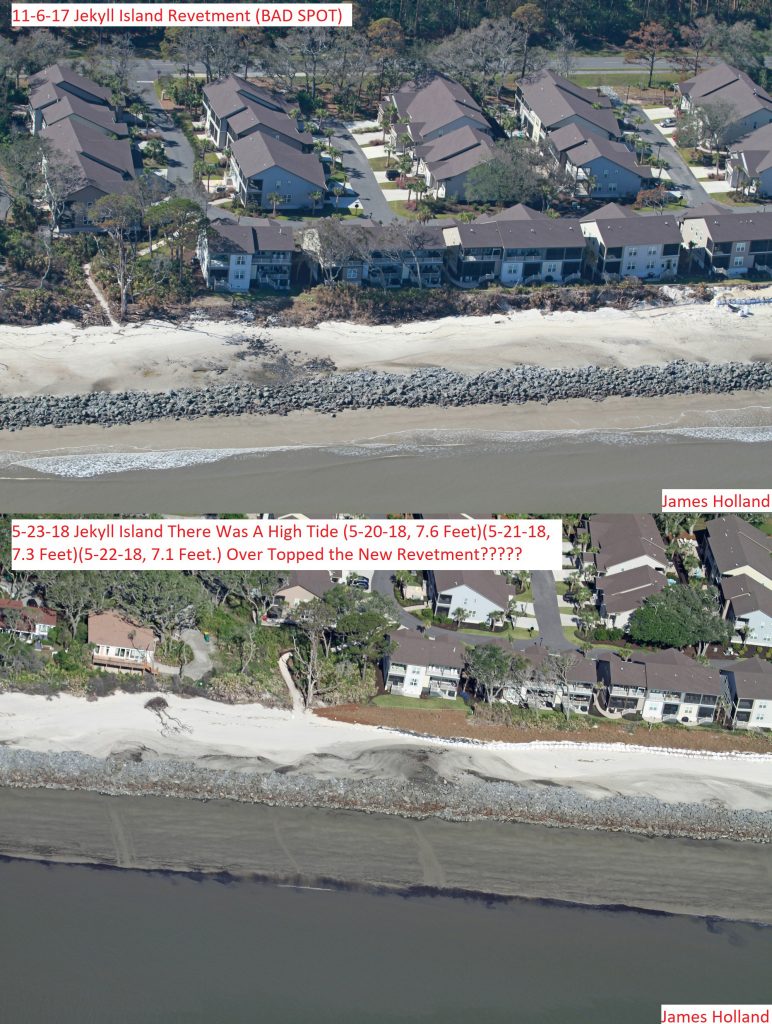 Mr. Haymans, I do not know if the work is completed on this revetment or not. However, as advertised in the local papers the cost to do this job was going to be in the millions of dollars. The rocks in my photos, of which I have more, appear to be only fragments of the size rock that should be on this revetment. Rock of the size seen scattered in these images would be hurled like cannon balls in a storm like we experienced last year.

Sadly, I do not know the solution to this problem and choose not to surmise, because I am not in a government position to decide how this problem must be corrected. However, as a citizen, voter and tax payer of the State of Georgia (I insist) this must not remain as is. This revetment now appears to be a concern that could harm humans and do tremendous property damage. I am at this time asking you as the Coastal Resources Division Director and Manager to take this problem up to higher authority. Since it is out of the ordinary, I am requesting a written response to this letter from you explaining by whom and how this concern is going to be fixed.

Mr.Holland’s is not an idle concern. Nor is he the only resident of the Golden Isles in the know. After tropical storm Irma passed by our barrier islands, this is what she left behind in Neptune Park for our public works crews to pick up as quick as they could — before residents were let back on St. Simons.  Julian “Puddy” Smith, who had stayed behind to document the event got a scoop not reported in the press.  Bad for the business of hauling rubble from the mountains to the shore? 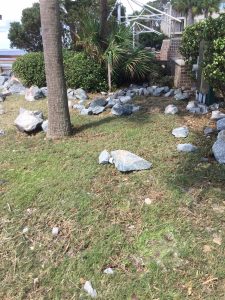 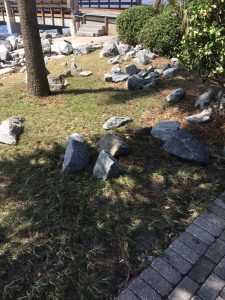 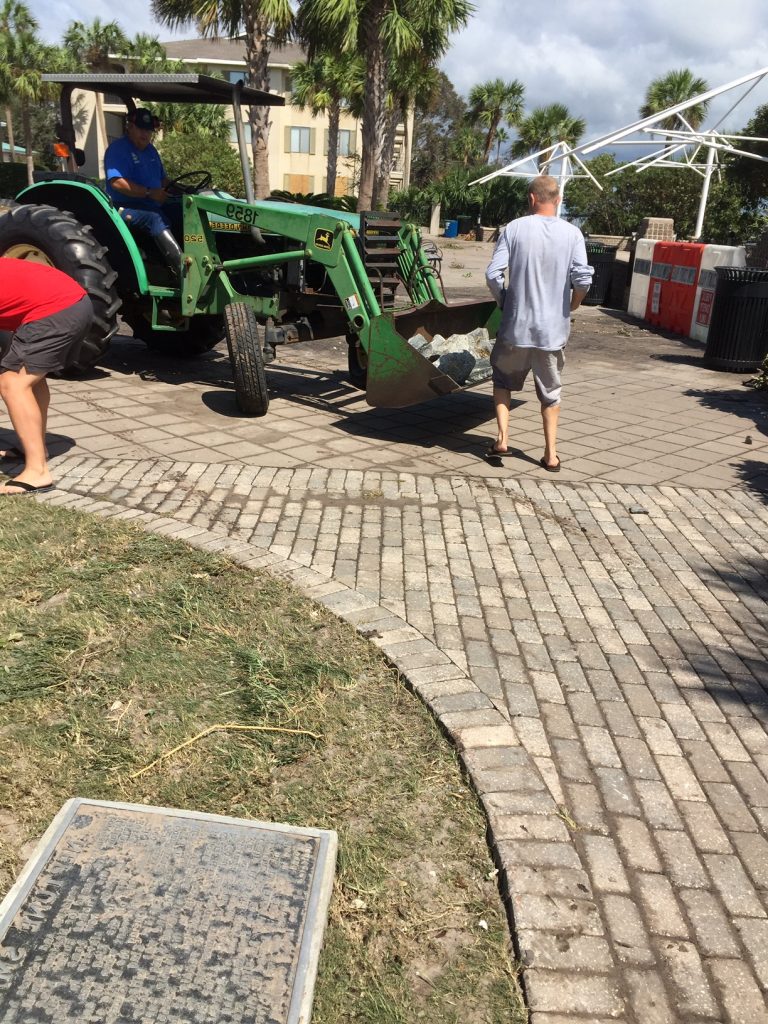