The City of Brunswick in Glynn County, Georgia, rather than admit it is wrong to butcher the vegetation along the side of the road, has doubled down. “See, it wasn’t wrong. And to prove it, we’re going to do it again. Besides, the Coastal Resources Division of the Department of Natural Resources has given us permission.”

So, predictably, our environmental advocate, James R. Holland, takes pictures, spreads the evidence around and registers complaints with the Mayor and the DNR: 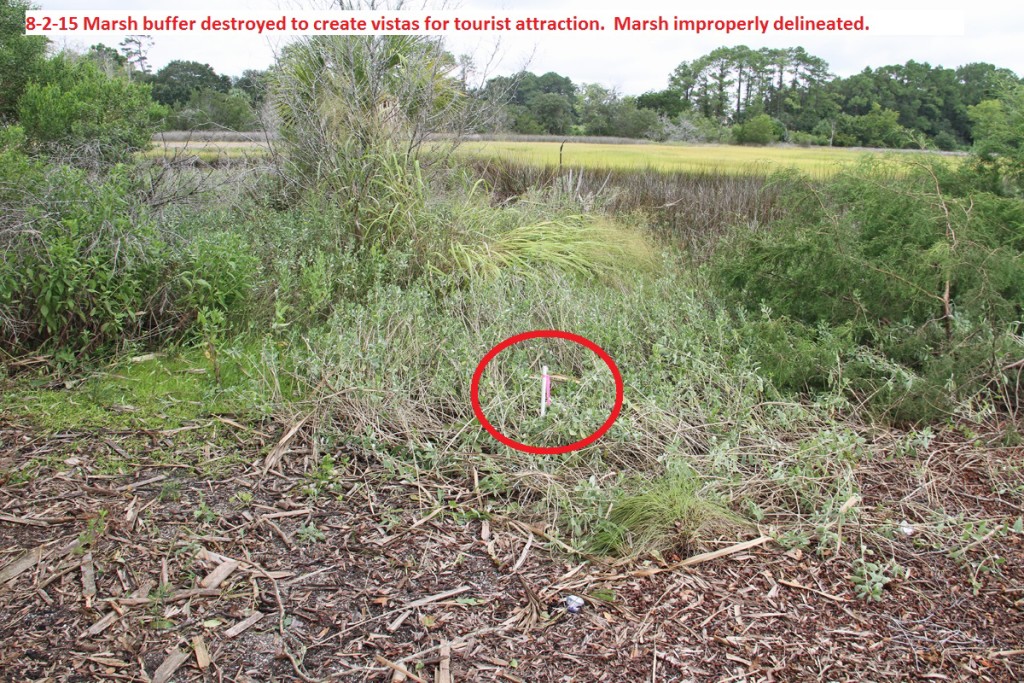 In its early days and its heyday, during the Second World War, Brunswick, the City by the Sea, as memorialized in the Patricia Barefoot biography, was oriented toward the West and gloried in its frontage on Oglethorpe Bay and the busy waterfront. Why, in the first quarter of the twenty-first century, the leaders of Brunswick seem intent on diverting the tourist industry’s gaze towards the barrier islands and away from itself is a puzzlement. Why the fixation with manicured marshes? You’d almost think they wanted to distract us from the city’s charms. Makes no sense. Never mind that butchering the high marsh vegetation is a waste of resources that could be better used.