Since the images didn’t display properly there, I’ll set them out here. Expect to see much more use made of the Contour Lines to delineate where it’s appropriate to build and where not. 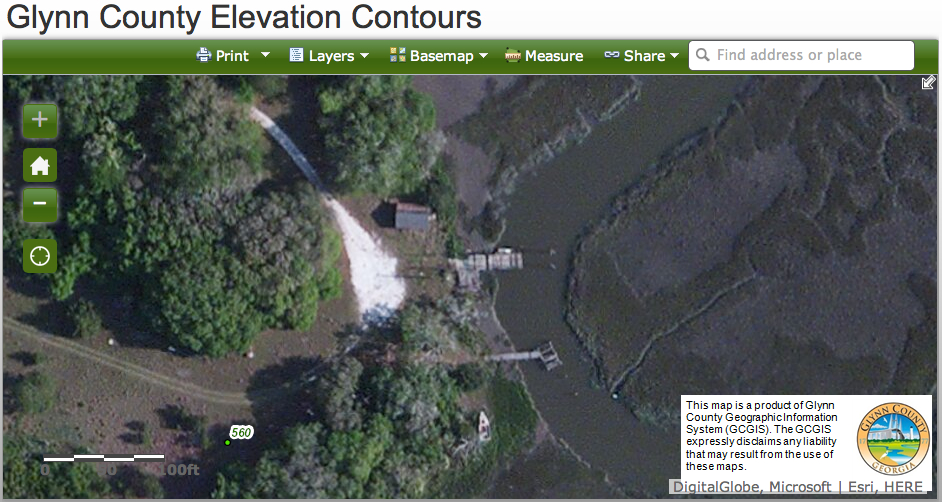 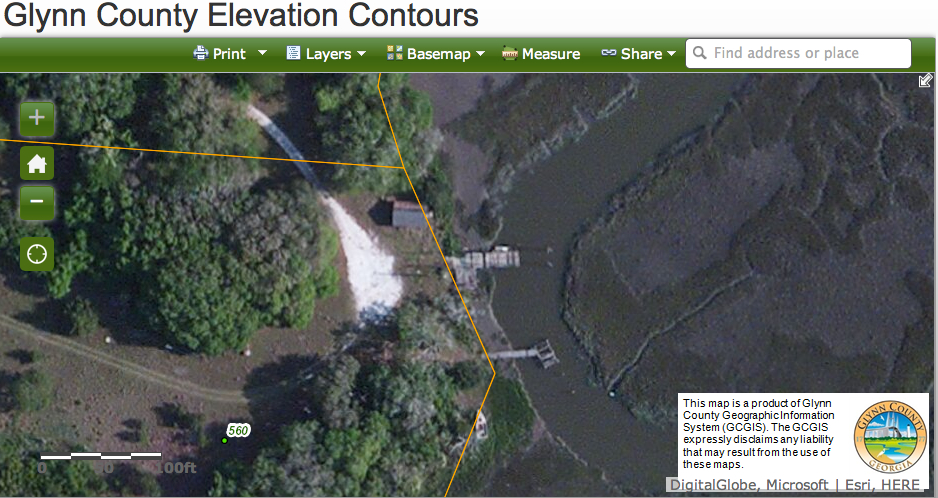 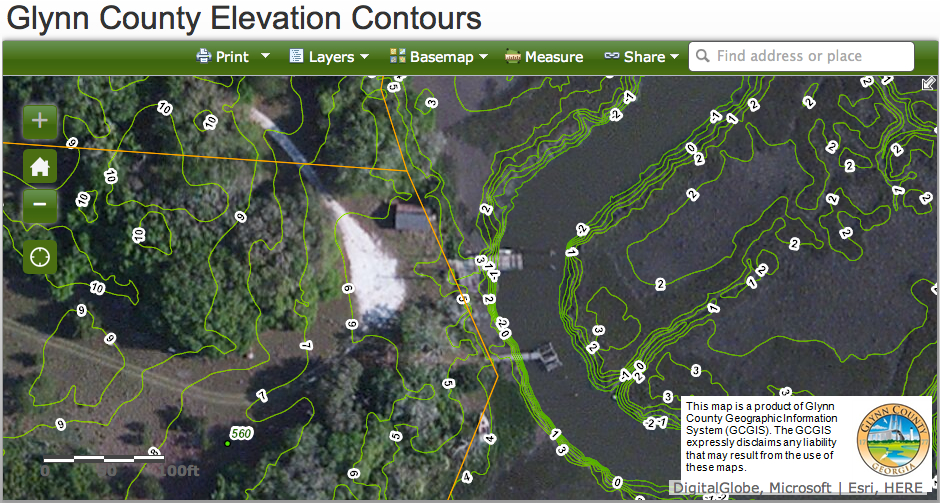 Glynn County GIS boundary lines are not necessarily accurate and the office prominently disclaims any responsibility for providing accurate information. However, the Cannon’s Point area was surveyed relatively recently. Indeed, I myself found survey markers where the map indicates the boundary lies — in the upland buffer, not the marsh zone.

James Holland’s description of what his composite images show is actually in error.

What he’s pictured is not primarily a violation of the 25′ buffer, whether of marsh or stream, but the removal of the marsh in preparation for the installation of an oyster shell bank. It’s not a “living shore;” it’s not even organic anymore. The oyster shell bank may prevent erosion in the long run, but so would a layer of asphalt pavement. While soil particles can carry contaminants, toxins can travel into water bodies without them. Oil slicks and gas slicks are evidence of that.
The reason we have a problem is because DNR is supposedly “protecting” the land from being eroded into the marsh, rather than preventing contaminants from reaching the waters of our wetlands and marshes so the organisms that live there won’t be genetically impacted or even killed off.