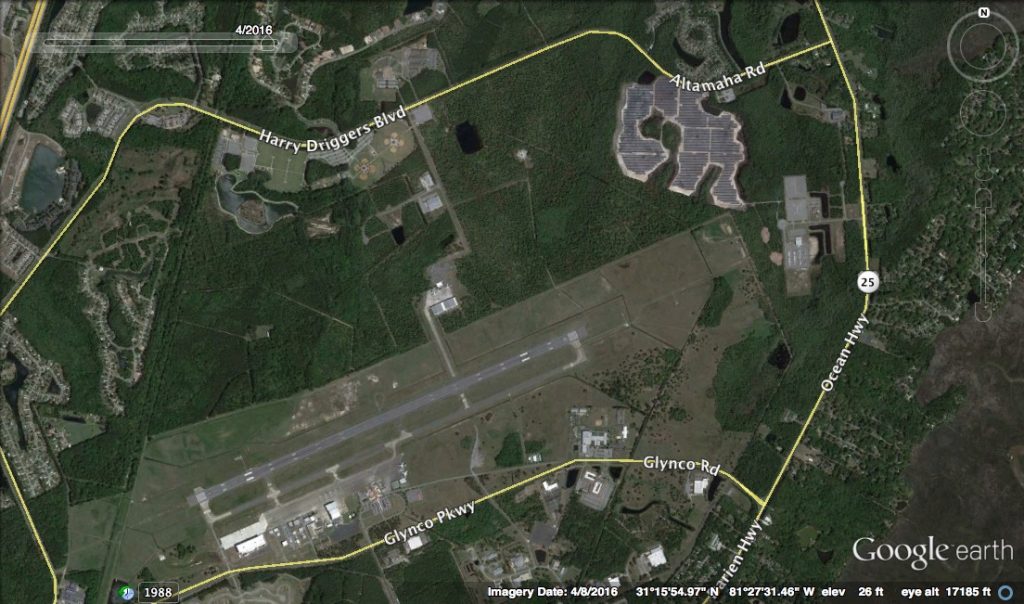 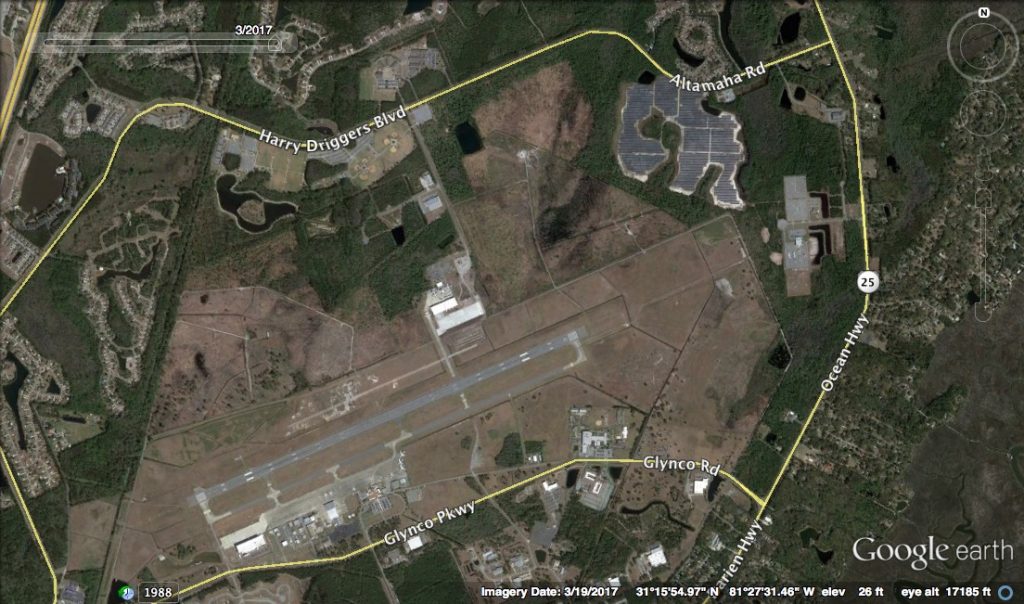 The deforestation of about 500 acres infused $331,000 into the Airport accounts to subsidize a losing proposition. That’s over and above the 41% of the annual budget that the Airport Commission derives from leasing land, rather than transport operations. A similar subsidy to ground transportation would move many more people around and relieve congestion.

Car culture is denuding and strangling Glynn County. More on that later.

Water and sewer rates are going to have to go up to pay for $35 million in reatment plant improvements.

The abundant warm water prompted some reflection on the services and practices we expect from our Brunswick and Glynn Joint Water and Sewer Commission (JWSC) and the fact that some of our oldest neighborhoods are still not being properly served. And the system does not seem to be set up to change that.
END_OF_DOCUMENT_TOKEN_TO_BE_REPLACED

Non-governmental U.S. enterprise has always looked upon the governmental sector as a cash cow, a source of income requiring no effort. In the beginning, the income/benefits were composed mainly of land and natural resources to exploit and take to market for a profit. More recently, as much of the continent has been allocated as private property and the federal treasury is the only source of currency, the entrepreneurs are after plain old cash. The view with envy any money that doesn’t flow into their hands.
END_OF_DOCUMENT_TOKEN_TO_BE_REPLACED

About twenty five years ago, when I started writing about cost/benefit, the analysis of which was a favorite in the late eighties to promote enterprise that turned out not too well, there was little awareness that the problem with this pairing was that it involved a sort of non-sequitur. That is, the supposed relationship between cost and benefit is not valid because the costs are borne and the benefits flow to different entities. Since then, “socializing the cost” and “privatizing the benefits” has come to be a standard explanation for why many well-intentioned proposals have not, in fact, increased the well being of the people supposedly being served. Rather, it has resulted in a society where a few are extraordinarily wealthy and the vast majority are increasingly deprived of even the necessities of life. Having a good explanation obviously doesn’t correct a problem.
END_OF_DOCUMENT_TOKEN_TO_BE_REPLACED

That’s my suggestion. Just issue a daily image of the dude photo-shopped into stock-footage of presidential endeavors and be done with it. That would be cheaper, much less disruptive and allow more time for TV and tweeting. Instead of photo ops, let’s let photo-shop do its magic!

The Coastal Regional Commission, which has been operating an
on-call coordinated transit system for rural patrons in Glynn
County, has proposed setting up a fixed route system that, in
addition to the city of Brunswick proper, would serve the
airport, Blythe Island, the colleges and the industrial parks.
END_OF_DOCUMENT_TOKEN_TO_BE_REPLACED

The lust for dominion over their fellow man seems to be greater than the lust for sex. Somehow, as a female who has had to deal with unwanted and unfriendly attention and insults and minor assaults, I don’t have a lot sympathy for males whining about being interfered with. In all cases, it is looking to the victim for an explanation/justification of domineering behavior which gives the perps a free pass. If man is created to be free, then efforts to dominate are wrong. By the way, dominion has the same root as domestic. Domesticated creatures are kept in a house, or domus. They are supposed to like it because the house keeps them safe. The question what outside the house makes them unsafe is not asked. In my lifetime women were told that if they didn’t want to get raped, they should stay home. The reality, of course, is that most women get killed in so-called “domestic” situations. There is an irony in a dominionists getting himself into a situation where he is going to be housebound and under surveillance 24 hours a day. Presumably it is preferable to winning the lottery in Shirley Jackson’s short story by that name.

You know, I don’t think we have a group designation for people who manipulate people, instead of things, to make a living. “Leisure class” is not appropriate because leisure actually refers to doing things at one’s own direction and people who work with their hands certainly do that. That manipulators of people can claim to be engaged in productive work is an illusion. Is talk their only talent? No. they’ve also got propagation. Propagation and propaganda.
END_OF_DOCUMENT_TOKEN_TO_BE_REPLACED