The BN has a story on its web site about the “opening” of the county’s borders to the Irma refugees. I’m thinking somebody in the organization has what Germans call a “groessen wahn.” English speakers call it megalomania, but the Latin roots make it sound more impressive than it is.

Anyway, although the headline refers to it not being business as usual for the returnees, the body of the report leaves out the word “not.” Somebody’s subconscious decided to tell the truth about everything being turned upside down as usual. It turns out that all three waste water plants are still operating on generators. It seems that the sewer system is not a high priority for Georgia Power, just as the replacement of rotting power poles isn’t.

The County is starting to prepare shelters for returnees who can’t get into their homes. Selden Park is one site mentioned. Mattingale Park has no suitable structures, so that’s not an excuse that would account for a contingent from the state prison having been deployed there yesterday for cleanup, nor for the trimming of some broken branches by a Parks and Recreation crew, including a supervisor.

Why is everything in Glynn county either premature or too late? Don’t answer, that is a rhetorical question.

What I wanted to mention is that the main reason I attended the last scheduled meeting of the JWSC, which it turned out had been cancelled without notice on their web site, was because on their agenda was a report on the Academy Street plant, an expected letter from EPD and the utility’s proposed response. Also, it now seems that laying the sewer line way under Dunbar Creek was not only motivated by a desire not to disturb the marsh but by a realization that the bridge over the Creek was/is fragile and they didn’t want to mess with it. Irma has (supposedly) made the need of repairs obvious (the bridge is closed to traffic) and now maybe they can get FEMA to pay for it. Much subterfuge seems to be motivated by the quest for dollars from Washington.

Lots of fun ahead.

HUGE congrats to Kevin Cavanaugh, State Senator-elect ! We held his signs at our polling place for several hours today…the turnout was fantastic for a mid-summer special election. Our town ran out of ballots, used all absentee ballots on hand, and had to resort to ballot copies, which needed to be hand-counted. This is a major upset and big victory for the working people in our state ! Proud of Kevin and his positive campaign !
END_OF_DOCUMENT_TOKEN_TO_BE_REPLACED

The oaks have lost almost all their leaves. Time to do some raking. 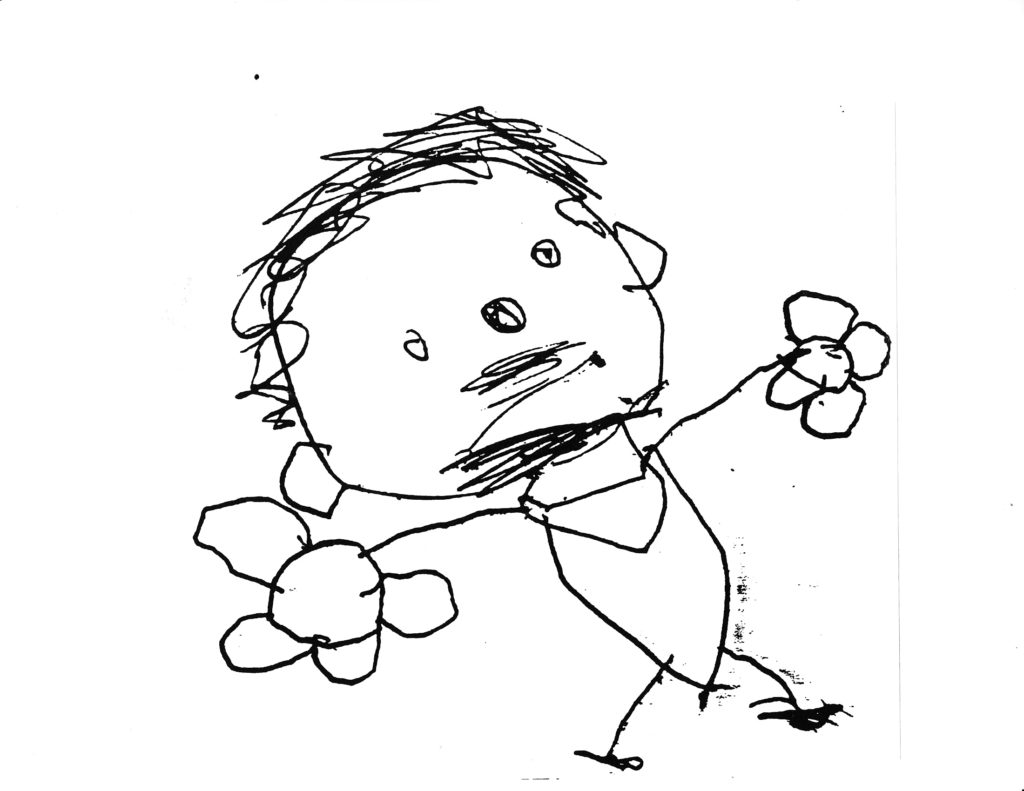 We are up early. The polls open at seven and Puddy plans to visit all during the day. Lurch will hold signs, instead of mopping the floors. The floors can wait.

Draft of ad to appear in Brunswick News on election day:

In the last few days of my campaign for an at-large seat on the Glynn County Commission, I’ve met many folks who say they voted for me but still had questions. Here are some of their questions and my answers:
END_OF_DOCUMENT_TOKEN_TO_BE_REPLACED

The CMPA/SPA hearing on August 19 was a disappointment since the Georgia Ports Authority had requested their application be withdrawn pending further consideration by the federal agencies. The three projects considered on St. Simons were largely uncontroversial, though the committee did refuse permission to locate astroturf in a jurisdictional area atop the revetment at the south end of the island.

James Holland and the editor of the Brunswick News.

This is an editorial response to the Larry Hobbs article in the 7-30-16 issue of The Brunswick News (ARE LANIER’S MARSHES OF GLYNN IN DECLINE?)

The scientists mentioned in the article got it right about drought impacts on salt marshes. However, what was not evident in the article was, “HUMAN IMPACTS ON OUR MARSHES”. For instance, what were the impacts to our marshes and estuaries from the late 1960’s through 1985 when the silviculture industry ditched and drained many thousands of acres of wetlands to grow more pine trees? 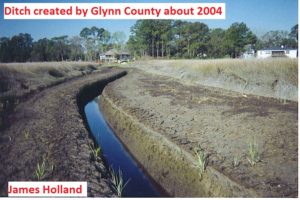 The draining of coastal freshwater wetlands that denied the trickle down effect from freshwater into our marshes was followed by development with the devastating impacts of storm water from development sites. For instance, large areas of development, where the storm water once entered our marshes via “sheet flow” across the earth, were disrupted by huge ditches that led to our marshes. All the rain water that used to enter our marshes that was normally spread out over large areas became channeled to these ditches bringing disastrous amounts of sediment and untreated pollution that normally would have been collected by the trees/underbrush and wetlands before it reached the marshes.

One perfect example is the development of the Sam’s Club area shopping center where Glynn County is forcing storm water from a large swath of acreage west of I-95 through one large culvert into the Altamaha to Brunswick Canal, without the benefit of any water quality treatment prior to discharge into the canal.

Glynn County and the Coastal Resources Division (CRD) have and are in many ways still intentionally harming the marsh. Is there a solution to this problem? Yes,one good solution is to properly enforce the Georgia Erosion and Sedimentation Act along with the Georgia Coastal Marshlands and Shore Protection Acts. In the end, what we do as humans will be the deciding factor about whether our marshes “will” or “will not” recover.

END_OF_DOCUMENT_TOKEN_TO_BE_REPLACED 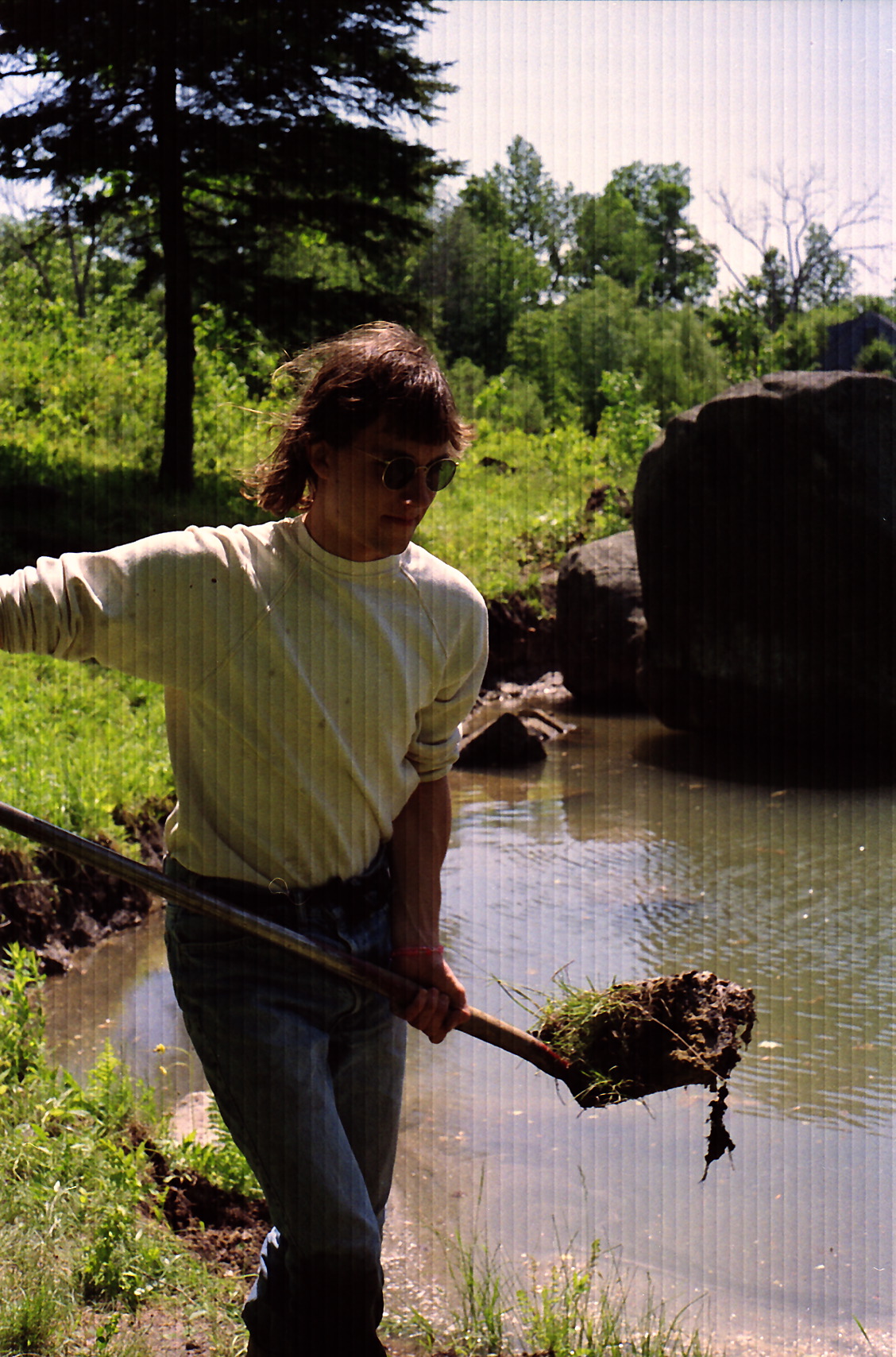